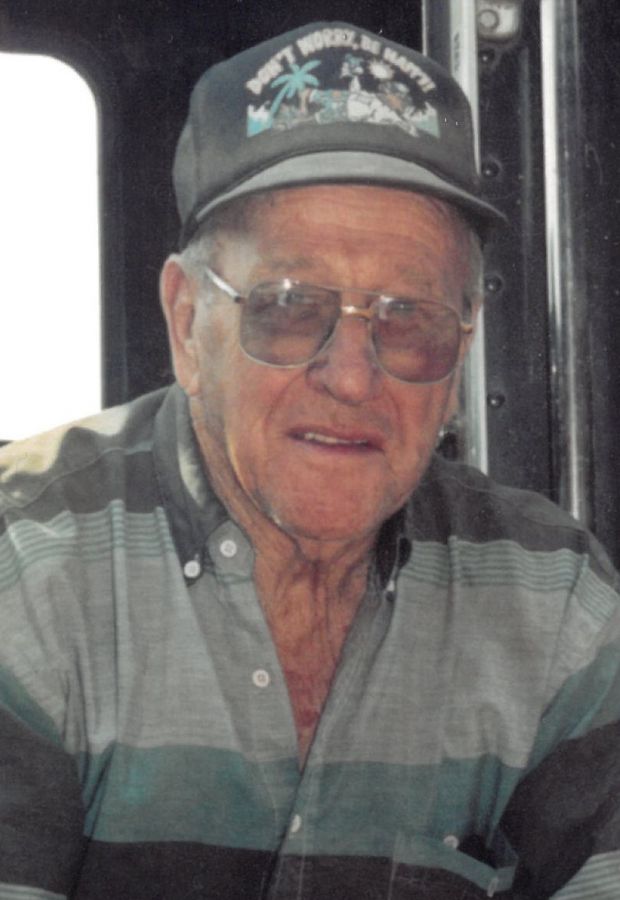 Herbert Francis Speltz, 98, of Rollingstone, died Tuesday, March 17, 2020 at Sugar Loaf Senior Living with family members present. Herb was born on November 24, 1921 (Thanksgiving Day) to Herb, Sr and Sophie (Lucas) Speltz in Rollingstone. He grew up attending Holy Trinity School where he met Kathleen Herber; they fell in love and said their vows on April 17, 1948. The newlyweds soon started their family of nine children and raised them with strong family values on their home farm. He enjoyed farming even well into his 80's, driving truck, running errands and doing anything that he was able to do...he didn't want to miss out on anything. He and Kathleen loved to go on road trips, many times not knowing their destination, unlike their honeymoon where their plan was to drive to California to visit Kate's brother (with $300 in their pocket). They took a detour to the Chicago area to visit Herb's sister and then on their way west. They realized when they were in the Colorado/Utah area that their money was dwindling faster than anticipated. They had to start heading home...what an adventure!! After Herb 'retired' from the farm, he and Kate spent time working in his woodshop, enjoyed casino trips on their own and several bus trips, their favorite being Calgary. After Kate passed away in 2007, and he retired from driving truck, etc., on the farm, he spent time working on his lawn and garden, watching his favorite Green Bay Packers and made time to spend with his family; he always had company and loved it! Herb was a member of Holy Trinity Catholic Church and its St Nicholas Society, a Mount Vernon Township fire warden, an Asgrow corn seed dealer, a Rollingstone Creamery board member, and a member of the Winona Elks Club.


Due to current restrictions, services will be held at a later date.

Posting as Who are you posting as?

Expressing my sincere sympathy upon the death of your father/relative Herb. What an awesome man he was. He was always a joy to run into. Loved that smile! Suppose the "horseshoe group" is throwing a few?

The Virg Kramer family sends our deepest sympathies to the entire Speltz family! We hold so many fond memories of our families camping experiences on the family farm. Your Father was a kind man who always greeted everyone with a smile! Continued prayers for this tough time in your families.

Dick, Gene and the Speltz families, so sorry to hear about your Dad. He lived a good long life as did our Mother. So many great memories for you all to hold on to and he is now with your mother.
Our deepest sympathy

Eugene & all the Speltz Family, You are in my prayers during this time of loss. May his soul rest in Peace.

Our thoughts and prayers are with all of Herb’s family.

Wow. I feel terrible that we can't come to the funeral or even come visit... Take care and stay strong. Wish you all the best. Herb sure had a GREAT family!

So sorry for your loss. Herb was a kind and sweet man. My sympathy to all of his family.

So sorry for your loss. Herb was a kind and sweet man. Sympathy to all of his family.

So sorry for your loss. Herb was a kind sweet man. Sympathy to all of the family.

My deepest condolences and sympathy to the family.

The King family extends their sympathy for your loss. I don't believe I ever got to meet him. But if he was anything like Mary Lynn he must have been a great person.

The Hoffman family extends our sympathy to all of Herbies family, He was always dedicated to family & farm. May God bless Herbie & all his family.

So soon to hear about the passing of your dad, he lived a good long life, and he is RIP now, sympathy to you all. Sheri Schell

The services for Herbert have not yet been added. Please sign up below to be notified when the services are ready.

Get Notified When a Service is Added

Healing Registry Unavailable at the Moment!

No thanks. Go back to cart.
Product Details

Let the family know who you are using one of the quick sign-in options below.

Just for verification: we never spam!

The attached photos are added to the memorial of Herbert Francis Speltz to help share their legacy.

Add to Your Calendar

We will notify you soon.

You will receive an e-mail daily when a guest leaves a tribute on this obituary.

You will receive a notification text whenever there's an update to this obituary.

Thank you for sharing your memory of Herbert

Help show your support by providing a gift of flowers and spreading the word.

7 Ways to Stay Positive During a Crisis

Click the 'sign up' button to the right to kickoff the email series and receive the workbook pdf today. Then, set your "leg...