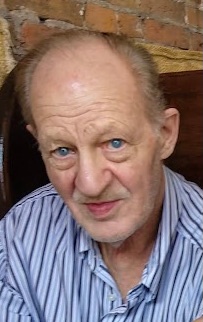 Bill was born in Bemidji, Minnesota September 25th, 1947 to Lila Marie (Wilkins) and James William Harris. The family moved first to Detroit Lakes, Minnesota and then to Fargo, North Dakota where Bill attended Benjamin Franklin Elementary and Junior High Schools and then graduated from Fargo Central High School in 1965. He earned his bachelor's degree from North Dakota State University, and his MBA from Colorado State University. His passion was for helping people with physical and mental challenges which led to his work at Winona ORC, Inc. from which he retired after working there for over 30 years.

In his leisure time, Bill enjoyed hunting, fishing, scuba diving and traveling. He also enjoyed playing poker and pool with his friends. He was an active member of the Winona DFL and served on the board of Home & Community Options.

Bill is survived by his son, Nelson (Tanya) Harris; two grandchildren, Jocelyn and Isaac Harris; sisters, (Agnes) Elaine Twogood, and Betty (Jim) Hilleson; and brother, Michael (Marianne) Harris. He was preceded in death by his parents.