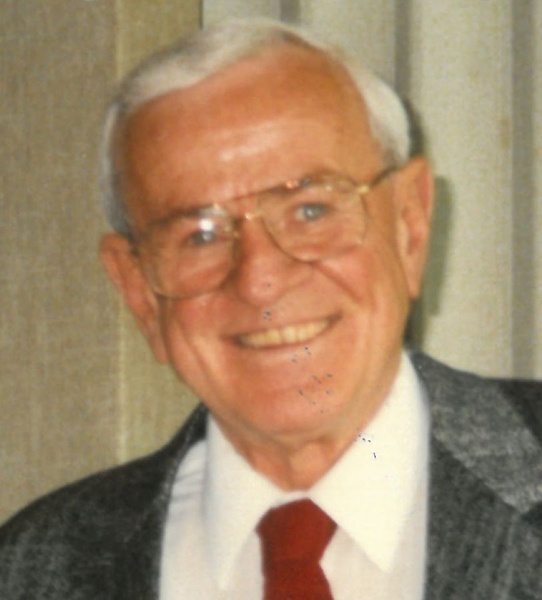 Walter Paul Ayotte, 90, born to Mary Agnes (Crawley) and Walter Henry Ayotte, on June 25, 1931 in Baraboo, Wisconsin, and raised in Adams/Friendship, Wisconsin and Winona, Minnesota. Walt died on Sunday, January 30, 2022, at Roger Metz Manor (Memory Care), Winona. Walt was educated in Winona Catholic Schools, including three years at The St. Mary's Minor Seminary in Illinois. He graduated from Cotter High School in 1949 and received a B.A in English, with minors in Education, Spanish and Philosophy, from St. Mary's College in 1953. Walt earned his Masters of Education from Winona State University in 1963. He married Mary Jo Colligan in 1953 though they later divorced after 50 years of marriage. He wed Barbara Rockwell in 2004.
Walt taught high school English in Mazeppa, Minnesota and Wabasha, Minnesota following a brief employment with J.R. Watkins Company. But he found his true "niche" at St. Mary's College as an English professor over a 36-year career. He was particularly fond of writing fundamentals and his many former students included his daughter, sons and several nieces and nephews.
Walt proudly served the Winona community as a lector and lay minister at the Cathedral of the Sacred Heart for a number of years, and served on a variety of professional committees and teaching assignments over his years. He was especially proud of the opportunity to serve as visiting professor of Teaching Improvement between 1985-87 at the University of Bethlehem, Israel. He set down his red pen and retired from Saint Mary's University of Minnesota in 2001, but remained the Director of Teaching Improvement. He was especially proud of a plaque from a former teacher who described him as a "True Teacher's Teacher."
His love for the English language was only rivaled by his love of sports. After successful years as a player on the football field and basketball courts, "Rip Roaring Wally" was a recognized referee for high school basketball, football and volleyball throughout Southern Minnesota, and an umpire of baseball and softball in Winona. Always the teacher, he taught players the fundamentals of the game. After 37 years as SMU's "keeper of the time clock" at home basketball games, he stepped down. It was a difficult decision, but as he shared with a coach, "You don't lose games; you simply run out of time." As a lifelong sports enthusiast, Walt never lost a game; he just ran out of time.
A friend of Bill W., Walt was a member of Alcoholics Anonymous throughout his almost 54 years as a grateful recovering alcoholic. He had the quiet honor of sponsoring others in his quest to carry forward the A. A. teachings and traditions. His life was truly lived "One Day at a Time." He celebrated his sobriety date on April 8, 1968 and said it was more meaningful to him than his own birthday.
Walt is survived by his wife, Barbara Rockwell; daughter Karen (Jim) Sullivan of Winona; sons, Paul (Vickie) Ayotte of Morganton, North Carolina, Mark (Christine) Ayotte of Mendota Heights, Minnesota and Neil (Amy) Ayotte of Wayzata, Minnesota; 9 grandchildren, Michael Sullivan, Renee (Drew) Thompson, Anna (Ben) Beery, Abby Ayotte, Drew (Megan) Ayotte, Elsa Ayotte, Laura (John) Hester, Parker and Annie Ayotte; 7 great-grandchildren, Scarlett, Stella, Grayson, and Caden Beery, Cal Ayotte, Jane and Clare Hester; Barbara's son Adam (Julie) Hatfield, daughter Kate (Dean) Lieser and their children, special nieces and nephews; and many dear friends, former teaching colleagues, students and players.
He was preceded in death by his parents, sisters Louise Tust, Alice Schoenrock, Patricia Heuel, Claire Williams, grandsons Aaron Ayotte and Chad Ayotte and first wife Mary Jo Ayotte.
The family would especially like to thank the Roger Metz Manor (Memory Care) and Winona Health Hospice staff for their gentle and compassionate care, as well as Barbara whose loving care and attention allowed him to continue to live independently well beyond his independent living abilities. Although his loss of vision and increased dementia diminished his physical abilities, there was always a familiar twinkle in his eye as he remained grateful and appreciative for every day. Walt's long life was an example of the adage, "People may not remember what you say, but they will always remember how you made them feel." We thank Walt for his many stories and lessons, for always showing up and for making each of us feel as though we were the most important person to
Private family services to celebrate Walt's life will be held at a later date. Words of sympathy or remembrance may be left at www.hoffuneral.com
Walt's initial wish was for his body to be donated for medical research, however, due to COVID complications he will be cremated. His body has been entrusted to Hoff Funeral and Cremation Services, Winona.