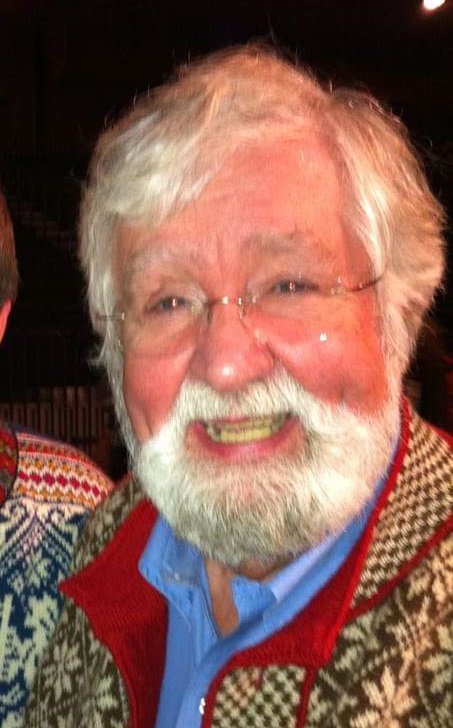 Wade was born April 19th in Minot, ND to Carl and Esther (Schlenker) Davick. He graduated from Minot Model High School and furthered his education at St.Olaf College in Northfield before attending Luther Seminary. He served in the United States Naval Reserves for 14 years as a chaplain. Wade married Pamela Bungum in Rochester, MN on August 2, 1992.

Wade ministered parishes in southwestern North Dakota before returning to his beloved childhood church, First Lutheran in Minot, where he was called to be the directing pastor. Eventually, he moved to Minnesota and served as as an interim pastor in Hayfield and West Concord before Central Lutheran in Winona issued him a letter of call. He retired from Central in 2002 and immediately began as interim at Highland Prairie and Elstad Lutheran churches. After ten years, Wade retired once again, although he remained active in ministry-supply preaching, performing weddings and funerals, and eventually became known as "Rent-a-Rev" in the Winona area.

Wade was active until the end of his life, he enjoyed tap dancing, fly fishing, downhill skiing, traveling, playing the piano and wood carving. He also enjoyed volunteering with elementary children and at the Minnesota Marine Art Museum.

Wade embraced his Scandinavian Heritage, was an accomplished wood carver and passionate about celebrating Norwegian traditions. Wade was an active member of Rotary International throughout his adult life.

He is survived by his wife, Pam; beloved dogs, Thor and Loki; children, Brad(Carline)Davick, of South Bend, IN, Lisa Sartwell of Minneapolis, Carl(Kym) of Madison, WI and their mother, Dorene Davick of Bloomington; Nathan Wohlfeil(Karla) of Winona; grandchildren, Megan, Kara, Larson, Anika, Soren and Elizabeth, 7 great-grandchildren, and sister, Connie Ede of Minnetonka.

He was preceded in death by his parents and infant son, Bruce.

Memorial Service will be held at 11 a.m., Friday, June 14 at Central Lutheran Church-Winona. The Reverends Brad Davick and Michael Short will be officiating. Visitations will be 4-7 p.m., Thursday, June 13, at Hoff Celebration of Life Center-Goodview, and one hour prior to the service on Friday at Central.

Please share a memory of Wade, sign his guestbook and view his video tribute when it becomes available at www.hofffuneral.com