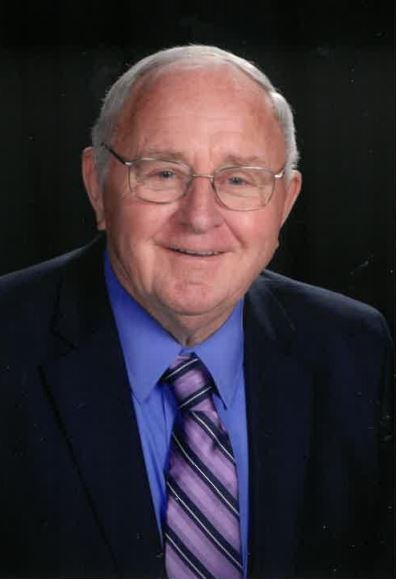 Virgil Sherburne was a man who believed that with hard work, determination, and a positive attitude anything was possible. He lived his life to the fullest. He believed that we make a choice in how we show up each day, and he had a way of seeing the rainbow through the clouds. Virgil was humble and kind, always treating others with dignity and respect. Whether a long-time friend or new acquaintance, Virgil had a gift for making people feel at ease and connecting with others. His positive outlook on life and his easy-going personality will be deeply missed by the countless lives he touched during his lifetime. He leaves behind a legacy of love.

Reflecting back on the year 1938 when Virgil's life began, it was an incredibly turbulent time as Nazi Germany's World War II offensive was in full force and Hitler's troops marched into the Sudetenland. Back in a quiet Minnesota community, William (Bill) and Norma (Quinell) Sherburne were preparing to welcome their second child -- Virgil DeWayne Sherburne was born on October 16, 1938 in Spring Grove, MN where he was baptized and later confirmed at Trinity Lutheran Church.

Bill and Norma raised their family in rural Houston County, an area of the Midwest that escaped glaciation in the last glacial period. Deeply carved valleys, limestone bluffs, and hardwood woodlands are characteristics of the beautiful topography. Agriculture is one of the largest industries with good farmland soils. The Sherburne family farmed throughout the region, including farms on Twin Ridge, Oak Ridge, and Blackhammer.

Growing up as one of four boys, Virgil learned the value of hard work and the importance of family early on. Virgil worked with his brothers on the family farm, ensuring the chores were done before making the trek down the hill with his brother Donald to the Sheldon Country School and then back up the hill after school to tackle their chores at night. Later, Virgil attended Houston Public Schools where he made lasting friendships. Following a tragic farm accident that injured his father, Virgil worked full-time on the family farm until his father recovered. At the end of a hard day, Virgil and his brothers were often rewarded with fresh baked bread and tasty sweets. Their mother was known to have cookies, cakes and other treats on hand for her boys. This was the start of Virgil's love of 'sweets' which remained strong throughout his life.

After school, Virgil moved to Rochester, MN where he worked as a doorman at a local hotel. When he wasn't working, he was taking classes and tinkering on his car. In his early 20s, Virgil met a beautiful girl with a cool car -- and fell in love. On June 30, 1961, he married the love of his life Dianne Marlene Gjere at Big Canoe Lutheran Church in Highlandville, Iowa. They shared many interests, including fast cars, camping, music, and dancing. Virgil and Dianne loved dancing -- they were known to stand out on the dance floor and even won a few competitions.

In 1962, Virgil attended the US Army Training Center at Fort Leonard Wood in Missouri. He served in the U.S. Army National Guard as a member of Company B 4th Battalion 135th Infantry 1962-1967.

After the service, Virgil and Dianne lived in Houston and La Crescent before moving to Highland Township where they farmed until 1969. They eventually returned to Houston, MN where they lived for over 50 years together and raised their four daughters -- Julie, Lisa, Jane, and LeAnn.

Virgil built a 37-year career at Ace Telephone, where he started setting poles initially, worked as a linesman, and eventually moved up into a sales and marketing management position. He retired from Ace in 2001, taking many life-long friendships with him.

In addition to his career at Ace, Virgil was active in his community. He was a member of Cross of Christ Lutheran Church in Houston, where he served on the church council and as an usher. He liked greeting worshippers on Sunday morning, especially at the Stone Church. He volunteered his time on Houston's auxiliary police force, served as a member of the Houston Hoedown committee, and assisted with the Houston Triathlon.

After retirement, Virgil and Dianne spent their winter months in Apache Junction, Arizona. They enjoyed the warm weather, the dances, and social activities. Most of all, they loved visiting with their AZ neighbors and meeting new people. To keep himself busy during his 'retirement' Virgil also worked as a driver for Loken Auto for many years. He always enjoyed a good road trip. He had a deep appreciation for classic and antique cars. He was a member of the Viking Region Aaca Antique Automobile Club of America for many years.

His true passion was restoring classic cars, starting with a 1971 black Dodge pickup (his first project) and working on countless cars and trucks over the years. His pride and joy was his restoration of his award-winning 1955 Ford Crown Victoria, taking it down to the frame and rebuilding it to perfection.

Above all else, Virgil loved spending quality time with family and friends. He was a devoted husband, father, grandfather, brother, son, uncle, nephew, cousin, neighbor, and friend. His loving wife, four daughters and their husbands, and eight grandchildren are all better for having known and loved him.

On February 19th, Virgil died peacefully surrounded by loved ones. He was 83 years old. He is survived by his beloved wife of 60 years, Dianne of Houston; four daughters, Julie (Dave) Bruggeman of Mankato, Lisa (Tim) Missling of Burnsville, Jane (Rich) Jahnke of Hugo, and LeAnn (Aaron) MacLennan of Winona; eight grandchildren, Andrew and Tyler Bruggeman, Will and Emma Missling, Callie and Natalie Jahnke, and Anthony (AJ) and Lindsey MacLennan; two brothers, Dale (Debbie) Sherburne and Neil Sherburne; sister-in-law Harriet (Gary) Holland; several nieces and nephews, and long-time friends. He was preceded in death by his parents and his brother, Donald Sherburne, and sister-in-law Joan Sherburne.

The celebration of Virgil's life will be Friday, February 25 @ 11:30 at Cross of Christ Lutheran Church in Houston, MN, preceded by visitation and followed by lunch. Burial will be immediately following at the Stone Church Cemetery. A visitation will begin at 9:30 a.m. Friday at the church. Pallbearers will be grandsons; Andrew and Tyler Bruggeman, Will Missling, Anthony MacLennan, brother Dale Sherburne and nephew Kim Sherburne. May God richly bless the memory of Virgil Sherburne to all who knew and loved him. Please share a memory of Virgil at www.hofffuneral.com