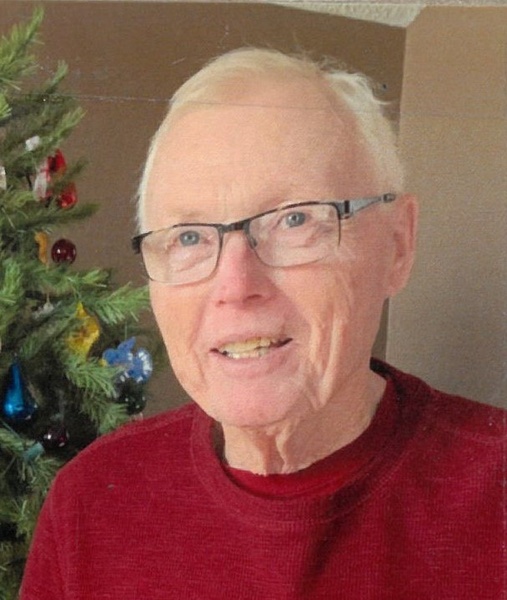 Vince McConnell, 77, of Eyota, died Sunday, January 9, 2022, at Cottagewood Senior Living in Rochester. Vince was born September 5, 1944, to Fabian and Ethel (Kindt) McConnell. He grew up in the Dover/ Eyota area.
Vince spent many childhood summers, as a child, with grandparents and other relatives. He attended school at Dover/ Eyota through sophomore year of high school. In 1960 he moved with his family to Rochester, graduating from Lourdes High School in 1962. Vince continued to think of Dover/ Eyota as his home, being invited to his high school reunions there. Vince served in the United States Navy from 1963 - 1967, stationed in VietNam. Following his discharge from the Navy, Vince went to work for Olmsted County Highway Department. Working there 37 years at the Eyota shop.
Vince ran the game clock for D/E sporting events for 30 years. He also umpired for many ball games. He was an avid fan of all Dover/ Eyota sports. If not running the clock, Vince would be in the bleachers cheering with his buddys. In 2015 Vince was inducted to the 'Wall of Fame' at Dover/ Eyota Schools. In 2009 he was selected 'Eyota Senior Citizen of the Year'. Vince was a 50 year member of the Eyota American Legion, serving as Commander from 1970 -76, and served on the Legions Honor Guard squad playing taps.
In 1987 Vince married Shirley Quirk. They made their home in Eyota, where he was a member and volunteered for Holy Redeemer Catholic Parish.
Vince is survived by his wife, Shirley, siblings; Becky (Mike) Mendyk, Tony (Heather) McConnell, and Sarah McConnell. He is further survived by brothers and sisters-in-law, and many nieces and nephews. He was preceded in death by his parents, a brother, Tim, sister, Gretchen Nesler, and a niece, Jenny Nesler.
A Funeral Mass will be 11 a.m. Saturday, January 15, 2022 at Holy Redeemer Catholic Church in Eyota, with the Reverend Tim Biren officiating. A visitation will be all at the church from 4-7 p.m. Friday and 10-11 a.m. Saturday. Burial will follow in Holy Redeemer Cemetery. The Eyota American Legion will conduct military graveside honors. Hoff Funeral Service of St. Charles is assisting the family with arrangements. www.hofffuneral.com.