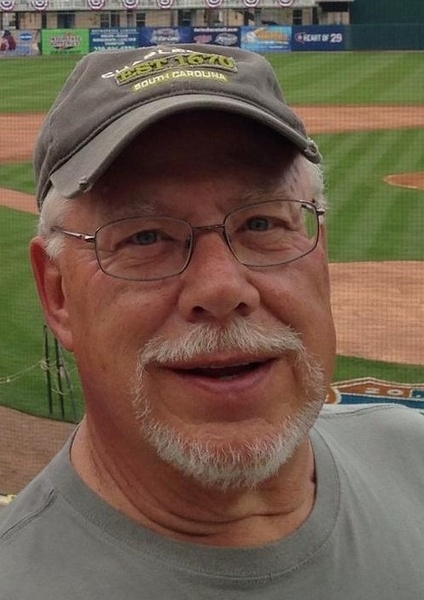 Timothy James Johnson, 72, of Cook, Minnesota and formerly of Richfield/Bloomington, died Wednesday, November 24, 2021 surrounded by his wife and family.
Tim was born June 14, 1949 in Minneapolis to Jim & Lois (Amstutz) Johnson. He grew up in Richfield and graduated from Richfield High School in 1967. From there, Tim enlisted in the United States Navy and served our country for seven years. Tim often noted his pride in having his rifle training at the same base as his father, a Guadalcanal Marine, had his. On January 8, 1973, he married Christy Ann Johander and they lovingly raised three children together; Stephanie, Michelle and Allyson. Chris passed away in 2001.
Over the years, Tim worked in the Twin Cities at his family's business TMJ Wood Products as well as owning his own businesses: Pastabilities and then Tee Jay, Inc where he used his love for problem solving, precision and creativity to provide handyman and remodeling services-in addition to building relationships.
Tim's hobbies were vast, and anything he did, he went all in. In his youth, Tim had a passion for working on and racing cars, especially his beloved Road Runner. Tim was an amazing Little League and softball coach and served as the Director of the Bloomington Athletic Association when his girls were young. Tim's deep passion and knowledge for baseball was a cornerstone to who he was. No conversation was untouched without a reference to the game, a player or a stat.
He was also a fisherman. Countless hours and conversation were spent in his boat, forming bonds with friends and family. Later in life he rediscovered a fondness for golfing and enjoyed his time on the course with Marilyn and many friends. He had a love for music and a great memory for musicians, songs and lyrics. While Tim loved to tell a good story and share his personal memories, he always let you know how much you meant to him.
As a Grandpa (better known as Papa), Tim loved his 11 grandchildren and great grandkids dearly and spent many hours at ball games, dance shows, school programs, fishing, building, talking and hanging out with them. He saw and appreciated the value in each and every one of them.
Tim found love again, and on October 24, 2003, he married Marilyn Prange. In their retirement, Tim built their dream home on Lake Vermilion in Cook MN. He was an active member of the First Baptist Church and was everyone's friend in town. During the winter months, they would spend their time in Fort Walton Beach, FL where they golfed and enjoyed time with their dear friends.
Tim was preceded in death by his parents; first wife, Chris and brother, Loren. He is survived by his wife, Marilyn; children, Stephanie (Michael) Holsather, Michelle (Kent) Heins and Allyson (Craig) Benz; grandchildren, Aria (Morgan) Frazer, Zoe, Esme & Ava Holsather, Sydney, Joey, Christian & Bennett Heins and Anika, Rylie & Annabel Benz; great-grandchildren, Kira & Nora Frazer; brother, Kevin (Dawn) Johnson; sisters, Joy (Mike) O'Brien, Jennifer Johnson, Jacki (Steve) Schuette; brother-in-laws, Neil (Patricia) Prange, Bill Johander, Rick (Becky) Johander, sister-in-laws; Mary Johander and LeAnn Johnson, many loved nieces, nephews, other family and close friends.
A celebration of Tim's life will be held on Friday, December 17 at 11:00am with a visitation one hour prior at Our Savior Lutheran Church, 23290 MN-7, Excelsior MN 55331. A memorial service is being planned for Cook MN, in the spring. He will be laid to rest at Fort Snelling National Cemetery in June. Memorials are preferred to the First Baptist Church in Cook, MN. Cards may be mailed to: Hoff Funeral Home, 3480 Service Drive, Goodview, MN 55987. Hoff Celebration of Life Center - Goodview is assisting the family with arrangements. www.Hofffuneral.com.