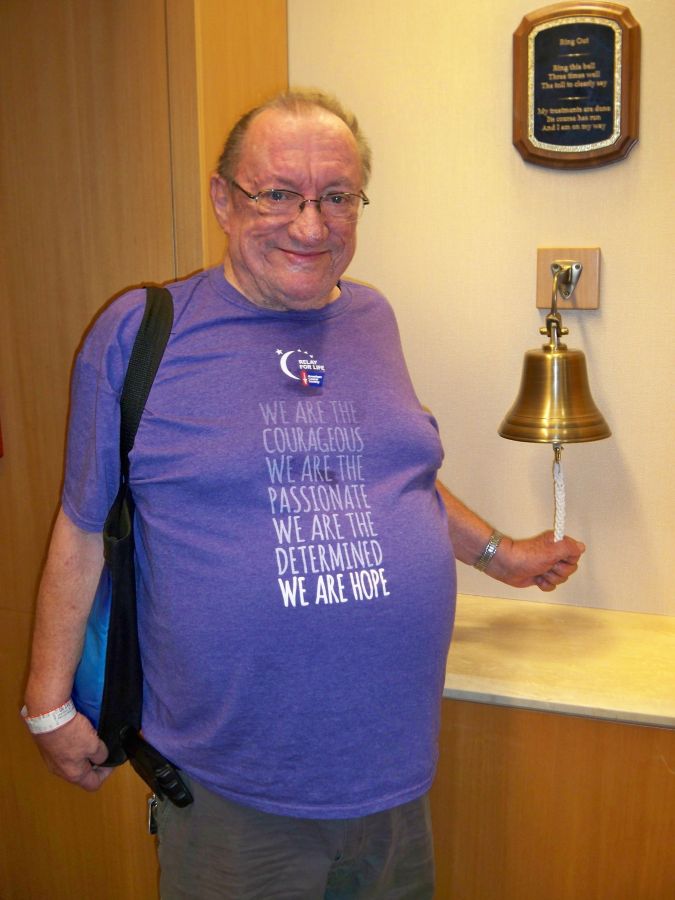 Tom started his life in Whitewater Wisconsin. He Took many roads in his life. Some of the highlights before moving to Winona was graduating from the University of Wisconsin Madison with a Degree in Business Management. After graduation he attended the Culinary Institute and became a Chef and eventually the Head Chef of the Whitewater Country Club in Whitewater Wisconsin.

Tom also had another part of his past which included working for Clyde Beatty Cole Brothers Circus as a Clown and working with the elephants mainly Linda. As time went on, he hit the road with numerous carnivals. He had stories. One day a tilt a whirl tub disconnected from the ride and took a roll down the midway at an accelerated speed. When it came to a halt the man on the ride who was inebriated got out unharmed and said WOW what a ride! He got off the road and eventually made it Winona MN.

He got a job as a bus driver for Winona Transit and also Phillipps Bus Service where our story began on the way to Rainbow Casino.

Along the way I got use to Toms hobbies. He was into model railroading N scale, Carnival Ride Building HO scale, photography, camping and of course clowning.

Three years after we got Married Tom was diagnosed with colorectal cancer the first time. After Chemo, Surgery and Radiation he was given a cancer free diagnosis.

Tom always wanted to Make A Difference so He Joined Hidden Valle Fire Rescue Squad and off he went. He took inventory of needed equipment replacing the Fire truck, Receiving the Giving back to EMS ambulance to replace the one they had and that was loaded with a stryker cot, Stair Chair, equipment bags, and much more. Then he worked on donated fire equipment, turnout gear gently used, Scba's yes donated. Then he worked the grants and replaced more. With all hard work comes what does and he left it behind.

At this point Tom and I branched out and back to his roots and we started clowning and joined the Winona Clown Club. He was known as BUCKO the clown and Bloopers depending on the day. Five years down the road we purchased a go kart we named Lizzy and without her help he would not have been able to continue to clown or entertain. We were also honored to Participate in the Big Top Circus Parade Ringling Brothers Homecoming in 2017 and 2018 in Baraboo WI.

Down the line Tom and I were invited to join another Fire Rescue Squad close to where we lived but before we could finish probation, we heard a familiar word cancer. When the squad found out he was kicked off the squad for having cancer.

He began the cancer battle again starting with radiation and an 11 hour surgery. He incurred multiple complications including infection. We also found that the cancer had spread to the liver. He battled Rain, Snow, Ice and Sleet for chemo. He fought colorectal cancer with Courage, Determination and Unbelievable Strength! I bought him home for the final time to spend his last hours together.

I will Miss the Loving Husband that he was. The Best Friend he will always be. His smile and kind eyes. When we were on our way to clown dressed he would be waiving out the window and just being a clown.

He is survived by his Wife, Six sons from a past relationship. His extended Family the Przybylskis and Sattlers.
His sister Joan and Sadie our cocker spaniel.

If you would like to celebrate his life come to Hoff Celebration of Life Center, 3480 Service Drive, on Wednesday, May 22 from 1 to 3 p.m.

Farwell my Love!!
To order memorial trees or send flowers to the family in memory of Thomas "Tom" G. Buckingham, please visit our flower store.