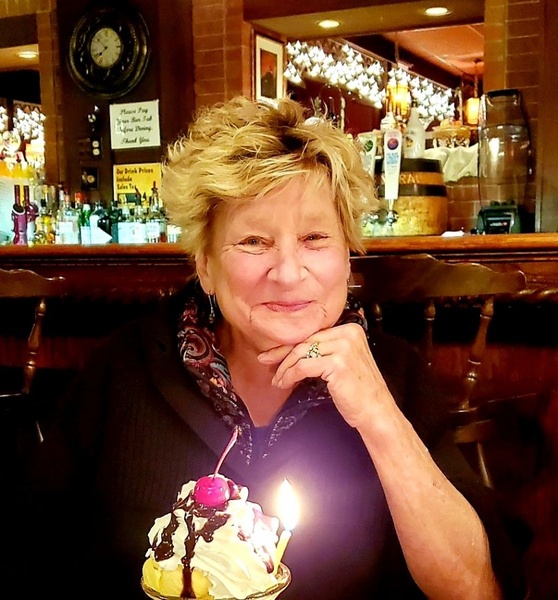 Susanne "Susie" Ruth Johnson of Houston, MN passed away early Sunday morning due to complications from lung cancer. Susie was born on March 18, 1956, in Sacramento, CA to Charles and Violette Johnson. After a carefree childhood in a loving home, Susie graduated from Luther Burbank High School, upon which she immediately began the colorful life not untypical of an adventurous, strong-willed, and beautiful California girl in the mid '70s. She had stints around Northern California before settling in Orange County where she worked in sales for a major distributor of dry goods.

Susie tried marriage, but decided it wasn't for her. She stayed close to her pets and her parents, who had also relocated to Orange County. But in the early 2000s, Susie felt her life in Orange County had become stagnant. So, when the opportunity came for Susie and her mom to move to the family farm in Houston County, she took it and never looked back.

The farm, in Mound Prairie Township, already held a special place in Susie's heart. As a child, she had spent time there visiting her grandmother, Helen (Vix), and Adolf Jorgenson. Susie adapted to farm life remarkably well. Her and Violette moved into an 1890s farmhouse, and there they spent their first winter, one which saw temperatures well below zero, with a cast iron wood stove as their only source of heat. As a city girl from sunny California, Susie's first six months in Mound Prairie was trial by fire (or ice, if you will), but she emerged from her first winter wedded to the land.

Susie found in farm life a deep contentment that had eluded her in California. She enjoyed her longtime sales job at The Company Store. She was able to fully indulge her love of animals and gardening. Besides numerous dogs and cats, she kept chickens for eggs (each of which she named) and raised sheep that never quite made it to market. Her vegetable garden was abundant, and her flower beds bloomed beautifully. Susie cultivated a circle of true friends in Houston; she could often be found commiserating, carousing, and generally causing trouble with Carol, Kendra, Laurie, Polly, and Suzie. And, she was thrilled to have her lifelong friend Angie visit last fall.

Susie will be remembered for being a no-nonsense gal with a mischievous sense of humor and an abundance of charm. She knew how to work hard, how to have fun, and how to be a loving sister, aunt, and friend.

Susie is preceded by her parents; her aunt, Marjorie Flint; and her sister-in-law, Karen Johnson. She is survived by her brother, Bob Johnson (Betty Ekern); her nephews, Erik, Kris, and Paul Johnson; her niece-in-law, Sunmi Johnson; and her grand-nieces, Meira and Serene Johnson.

There will be a celebration of life for Susie at 5:00 p.m. on Saturday, March 19, 2022, at Hoff Funeral Home in Houston. Visitation will be from 3:00 p.m. until the time of the celebration at the funeral home.