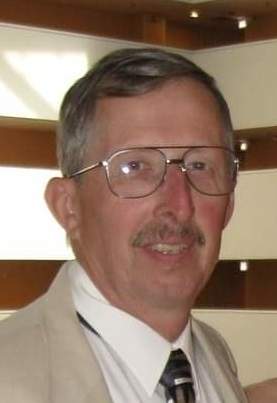 Steven Richard Cordes
Steven (Steve) Richard Cordes, 73 passed away Monday, December 28th, 2020 at Gundersen Health System in La Crosse, Wisconsin with his family present.
Steve was born May 30, 1947 in St. Paul, Minnesota to Richard Arnold and Joyce Florence (Robinson) Cordes. Steve is the oldest of four children. He lived in the same house in St. Paul until after graduation from Humboldt High School in 1965, when he moved to Winona to attend Winona State University.
Growing up Steve learned to love sports, hunting, and fishing with his dad and grandfather. Steve played baseball, football, basketball, and track. He belonged to the Cub Scouts and missed attaining Eagle Scout by only one badge. He has been very active in youth sports attending his daughters volleyball, basketball, and softball youth sports. Many miles have been driven to attend games and tournaments of his daughters Sara and Anna and Step daughter Lindsay. Steve was very active in the Winona Youth Hockey association and was instrumental in planning and getting Bud King arena built for both youth and high school hockey and figure skating. Attending hockey games was one of his favorite pastimes, most recently driving to the Twin Cities to watch his Grandson Brandon play hockey. Supporting Winona high school football, boys basketball, hockey and girls basketball was just some of his passions.
He was an avid fan of the Twins, Vikings, WSU football, Winona senior high sports, and Minnesota Golden Gophers football, basketball and hockey. He almost never missed watching them on TV or listening to the games on the radio. When the opportunity to do so, he would attend a game to cheer them on.
Steve had a kind heart and never missed an opportunity to help his fellow man. He donated blood regularly for many years.
Steve loved Winona for the diversity of outdoor activities. Deer hunting near Peterson, MN and a yearly fishing trip to Pakashkan Lake in Canada for more than 50 years was what he looked forward to the most. He made lifelong friends that never missed an opportunity to play volleyball and golf or a game of cribbage in the colder weather. It was with these buddies that they found ways to engage in the community and give back. He was a member of the college fraternity Phi Sig and has kept in touch with many of his brothers. Steve joined the Winona Jaycee's, and cultivated many more lifelong friendships. There he served as president, was Jaycee of the year, Jaycee Statesman and highest national award. Steve has been a Committee Member of the Winona Root/River Pheasants Forever Chapter 242 for more than 15 years. He was very active in planning and participating in the banquet for those 15 years.
In August of 1990 Steve met Lucille Strouckel. They enjoyed traveling, golf, movies and gatherings with family and friends. They married in August of 1996.
Family was very important to Steve. He almost never missed a family gathering, no matter where it was taking place. The love he had for all his family was felt by everyone. Steve loved teaching his grandchildren how to fish. He loved having his daughters and grandchildren near. They would visit often and he would go visit them often, also.
Steve is survived by his wife Lucille of 24 years. He is survived by his two daughters Sara (Marty) Florez and Anna (Jed Olvera) Groess; his two step daughters Becky (Jay) Decker, and Lindsay (Allan Reichel) Strouckel; sister's Patricia (Lynn) Solem; Sandra Edenfield and brother Kenneth (Sue) Cordes. He is survived by grandchildren Cory Decker, Isaac Schlager, Audrey Schlager, Vincent Florez, Victoria Florez, and Brandon Groess, and Teren Olvera, and many nieces and nephews. He is also survived by brother-in-law Roger (Rozanna) Roeder, Sister-in-law Carol Nelson, Sister-in-law Molly (Ed) Capek, and Sister-in-law Tess Roeder
He was preceded in death by his parents and his brother-in-law Robert Edenfield and brother-in-law Chris Roeder.
Due to COVID-19 restrictions, A private family service will be held Thursday, January 7th, 2021 at 2:00 pm at Hoff Celebration of Life Center, 3480 Service Drive, Goodview, MN 559887
Memorials are requested to be directed to Winona Humane Society, 1112 East Broadway St, Winona, MN 55987 or Winona Volunteer Services, 402 E 2nd St., Winona, Mn 55987, [email protected].