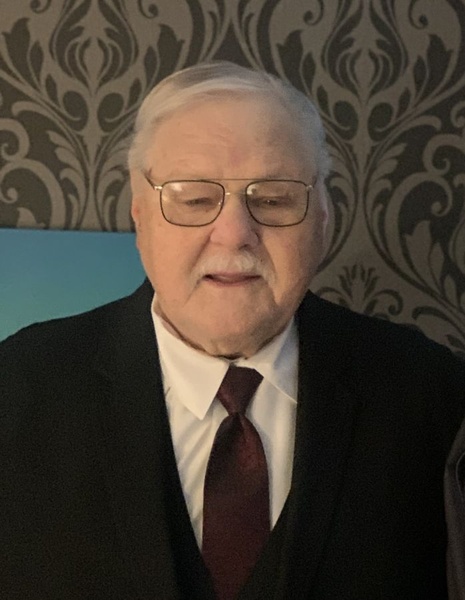 This January 9th, Stanley James Gudmundson, took his final peaceful breath in his home with his beloved wife and 2 daughters at his bedside. The sun rose and the world welcomed Stan on March 26, 1944; a day the world became a little brighter. Born a Viking, he lived his life as a warrior of the highest integrity, gave 110% in all things, and he loved unconditionally.
Stan graduated from high school in Gardena, CA before returning to his birthplace Winona, MN where he soon met the love of his life, Stella Ann Costarella. Married in 1963, Stan stepped up to embrace adult responsibilities and readily embarked on the adventure of life. A gentle giant, Stan worked hard, sacrificed often, and never complained. He loved car racing, family time, and everything 'Stella.'
Stan filled many roles to support his family, eventually landing in a leadership role with IBM in Rochester, MN. He retired from IBM as a manager after nearly 30 years of commuting from Winona, but Stan couldn't rest idly. After retirement, he moved to Rushford in 2006 and worked part time at Lawrence Transportation in Winona. A man who contributed so much, will be sorely missed but always remembered.
Stanley is survived by his wife, Stella, two children, five grandchildren, two great-grandchildren and two siblings; an older sister and a younger brother: Jerry (Nancy) Gudmundson. His oldest daughter, Angel M. Morris of Charlottesville, VA has children: Jonathan (Jinny) Mootz, Scott (Carrie) Mootz, Elizabeth (Elleigh) Morris and grandchildren: Cameron and Leif Mootz (Scott & Carrie). His youngest daughter Kelly J. (David) Dicke of Winona, MN has children: Emily (Myles) Wolters and Natalie Dicke.
He was preceded in death by his parents; Floyd Herbert and Vernes Ethel (Glenna) Gudmundson, of Altura, MN.
There will be a memorial service for Stanley at 5:00pm on Thursday, January 20, 2022, at Hoff Funeral Home in Rushford with Reverend Michael Short officiating. Visitation will begin one hour prior to the service (4:00pm) at the funeral home.
Please leave a memory of Stanley and sign his online guestbook at www.hofffuneral.com