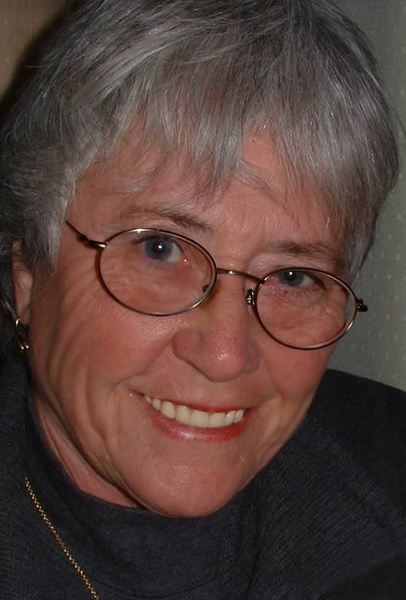 Shirley Mae Mohan (2/23/1939 - 2/14/2019)
Shirley was born on February 23, 1939, in Madelia, MN, to Leonard and Marjorie Carey. At age 9, she was adopted by Everett and Caroline Akins, of Utica, MN. Shirley graduated from Winona High School in 1957. Shirley married Edward Doyle Mohan on October 4th, 1958, at St. John's Church in Winona. They had three children: Edward, Carey, and Michele, they divorced in 1978. Shirley later married Larry Brostrom, they divorced in 2017.
Shirley's first jobs were working at Marigold Dairy and at Ruth's Restaurant in Winona. Shirley began a long career working for Winona School District 861 first as a secretary in Minnesota City, Goodview, Junior High then finishing at the Winona Area Vocational School. She organized the secretaries as a local of the Teamsters Local 320 that represents public and law enforcement employees in the state of Minnesota, from 1989 to 2001 she was the Local 320 Union Steward in Winona. She then served as business agent for Teamsters Local 320 until she was elected President from November 4, 1996, until 2001. She retired from Teamsters Local 320 and represented the Local as Pay Equity Consultant from 2002 until 2014.
Shirley's favorite pastimes were traveling throughout the US and Europe, and if there was a dance floor nearby you could always find her there. Shirley's greatest joys were being with her family and celebrating her Irish heritage with them.
Shirley took pleasure in spending time with her class mates from Winona Senior High class of 1957.
Shirley moved to Albuquerque in May of 2018 to enjoy retirement at the Affinity Senior community, in the short time she lived there she made many dear friends, often around the fire pit or during social hour.
Shirley was diagnosed with ALS in late December 2018, and spent her last days with her daughter Michele at her side.
Shirley is survived by her favorite son, Edward and wife Monica of Winona, MN, favorite oldest daughter Carey Mohan of Minneapolis, MN, and favorite youngest daughter Michele Rose and favorite son-in-law Davey Barela of Albuquerque, NM, grandsons Ethan Mohan and Ryan Carlson, granddaughters Emmalee and Madeline Mohan, great-granddaughter Alayna Sky Setala-Carlson, sister Betsy Kozial of Kannapolis NC, and brothers Walter and Stanley Van Guilder, and her beloved dog Precious, brothers-in-law Darryl Mohan and Bill Mohan, sister-in-law Sharon Mohan, as well as many nieces and nephews and their families.
She is preceded in death by her birth parents and adoptive parents, her sister Barbara Hill and her brothers Bruce Mathison and Gary Van Guilder, first husband Ed Mohan, sister-in-law Ellen Karpas, brothers-in-law Wayne, Jim, Mike, Eugene and Ron Mohan .
Services for Shirley will be held at 1 p.m., Sunday, March 17, 2019 (St. Patrick's Day) at Hoff Funeral Home in Goodview, MN with visitation from 12 p.m., until the time of the service. A reception will follow.