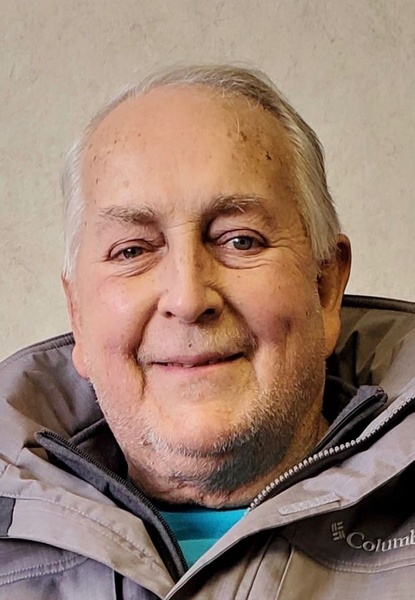 Onalaska, WI - Sheldon Warren Swenson, 73, of Onalaska, WI and formerly of Houston, MN died on Saturday, April 10, 2021, at his home with his family at his side.
Sheldon was born on April 26, 1947, in Houston, MN to Warren and Betty Ann (Polowich) Swenson. He was raised in Houston and was a 1965 graduate of Houston High School. He married Sandra Anderson in 1974 and they had two sons. They were later divorced. Sheldon lived on the family farm in Swede Bottom near Houston until moving to Onalaska after marrying Cheryl Huerlimann on February 23, 2014. In addition to farming, Sheldon also drove semi-truck for Gateway Foods for several years. Sheldon enjoyed hunting, playing softball, playing fantasy football, and raising and showing his UKC national championship winning coonhounds. He cherished his grandchildren, and attending their school and sporting events brought him great joy. His witty sense of humor will be greatly missed.
Sheldon is survived by his wife, Cherie; two sons: Josh (Ashley Kearns) Swenson of Houston, MN and Aaron (Katie Esteves) Swenson of Middleton, WI; four grandchildren: Austin, Julia, Jackson and Charlotte; two sisters: Connie Peterson of Caledonia, MN and Betty Patterson of Minneapolis, MN; and his beloved pets: Rosie, Scratch, Sierra, Sadie, and Simon.
He was preceded in death by his parents and his step-mother, Ruby Swenson.
There will be a graveside service at Swede Bottom Cemetery in rural Houston at 2:00 p.m. on Saturday, May 15, 2021.
Hoff Funeral and Cremation Service in Houston is assisting the family with arrangements.
Please leave a memory of Sheldon and sign his online guestbook at www.hofffuneral.com.