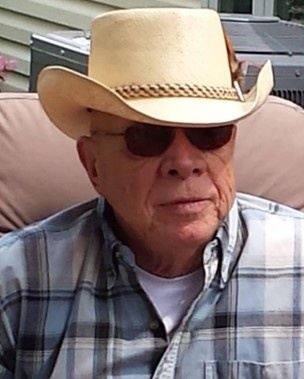 Sheldon Eugene Fulkerson, age 86 of Winona, died peacefully on March 4, 2022 at St. Anne's Extended Health. Sheldon was born on October 16, 1935 to LaRue and Grace (Heitt) Fulkerson in Mora, MN. He served for 3 years in the U.S. Army stationed in Germany. After his military service he worked at Home Brands for 35 years as a Stationary Engineer. Upon retirement he had a woodworking shop where he made furniture for family and special orders. His love for fishing started as a boy and continued throughout his life. If he wasn't working, fishing or doing something with his children he would find someone to play cards with.

Sheldon will remain in the hearts of his wife of 66 years, Sharon; children, James (Gigi) Fulkerson and Shellie (Bruce) Nelson. Sheldon was preceded in death by his son, Kent; parents; and siblings.
A private family burial will be held for Sheldon in Mora, MN. Cards may be sent to Hoff Celebration of Life Center,