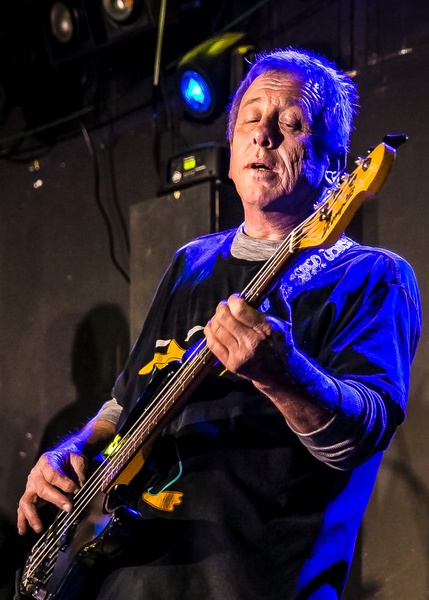 Shawn Lee Martin, 63, of Houston died Friday, April 15, 2022, at his home in Houston, after playing his last gig Thursday night in La Crosse.  Shawn was born January 19, 1959, in La Crosse to George and Vila (Kabat) Martin.  Shawn attended La Crescent High School and later received his GED.  His life was music, at 13 he began playing with local musicians and touring the region.

Some of his musical highlights include playing in local original bands such as The Wails, Pipestone, and Skeeter Louis and the Stingers, but the pinnacle of his musical career was his years of playing with Dr. Hook and the Medicine Show, where he was able to travel the world.

In recent years, he has had the honor of playing with his daughter and family in a local band, The Brianna Rae Band. The experiences that he was able to have with his band family were some of the things that he was most proud of. He would often say that he was at the height of his career.

One of Shawn’s passions was encouraging other musicians and sharing his knowledge and experience with anybody who was passionate about developing their own skills. He hosted various open jams in the community for the entirety of his career. Most recently, he continued the tradition of the open jams at Randy’s Corner after the passing of other musicians that shared his philosophy toward developing the music community. Everybody was welcome on his stage.

In addition to music, Shawn was a talented mechanic and worked in various capacities in the newspaper industry, from delivery to management.

Shawn and Shelby Wolfe were married on September 22, 1990.  They made their home in Houston and spent 32 years together. They loved each other unconditionally. They played music together as a husband and wife duo until his last gig.

He bonded with his sons through wrestling, even buying a ring and putting on shows within the local wrestling community. His extended family also shared memories of wrestling over the years.

Shawn played a hand in the interests of all of his children. Music was a mutual interest with everyone. Both slot car and stock car racing were shared bonds between him and his oldest son, Bill. Brett and Shawn spent their time working on all types of electronic work together, from building websites to fixing hardware.

A Celebration of Shawn’s life is being planned for May 15 at the Robin’s Nest in La Crosse, WI.

Hoff Funeral Service of Houston is assisting the family with arrangements.  www.hofffuneral.com