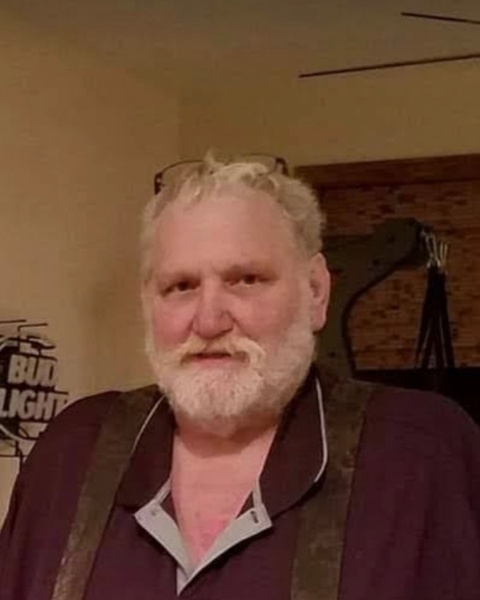 Scott was born on December 31,1961, in Marshalltown, IA. He was lovingly adopted 6 months later by Keith and Ruth Searcey.

Growing up, Scott enjoyed hunting, fishing, and showing Hereford cattle from the family farm. Scott had a knack for grooming cattle and many people requested him for grooming their cattle for shows and sales. Scott had a true passion for dogs. He owned Treeing Walker (Coon hounds), Greyhounds (Cattle dogs), and Blue Heelers for cattle along with many house dogs who were his special companions. He was a gifted Welder and used his talents at Hoover Manufacturing, Husqvarna, in Beatrice, NE., and later on at Rushford Industries in Minnesota.

He married Darlene (Nordness) Searcey on June 23, 2001, and then became a stepdad to Ron Jr. and Cara Lantz. While in Rushford Scott joined the Mystic Star Masonic Lodge #69 and enjoyed helping with various activities. Scott also enjoyed pulling John Deere tractors and won many plaques doing it.

Many cousins, extended family, and friends.

There will be a Celebration of Life both in Rushford, MN., and Virginia, NE. with dates still to be determined; Interment will be in Rural Liberty, Nebraska Cemetery.

Memorials are preferred to the family.