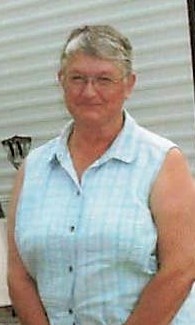 Sandy grew up in Wabasha and later went on to study at Winona State University. After college she worked as an elementary school teacher in Hershey, Nebraska. She was then offered an opportunity to teach special education in Blue Earth, MN. She truly had a passion for teaching and being with children. While she was working in Blue Earth, she met the love of her life, Jack Neumann. They moved to the Altura/ Bethany area where they called home. On November 25, 1978 they came together in matrimony at Grace Memorial Episcopal Church in Wabasha, MN and were happily married for 43 years. Sandy spent a period of time substitute teaching in Winona, then she joined Jack driving truck. She didn't just ride along, she got her CDL and drove her own truck. Sandy and Jack traveled on the road quite often and were always making memories along the way. Out of all the jobs Sandy had, being a parent was the one she treasured the most. Sandy and Jack are the parents of Derek Neumann, whom they love dearly.

Sandy was a very hard worker and was always keeping herself occupied with outside chores. She had a love for animals, especially her cats. Sandy was a very positive and strong woman. She will be remembered by her work ethic and kind heart.

She is proceeded in death by her aunt, Joyce Burmeister.