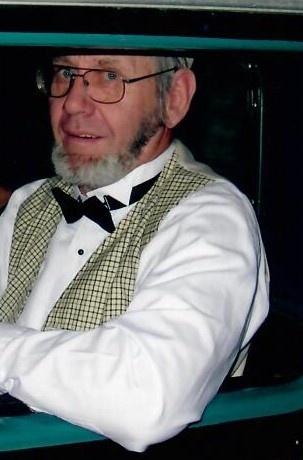 Russell Paul Agrimson, 75, passed away peacefully Thursday, Dec. 10, 2020, at the VA health care system in Minneapolis, Minn. Russ was born to Paul and Ethel Agrimson April 1, 1945, in Rushford MN. He grew up in the Peterson area, graduating from Peterson High School in 1963. Russ graduated from Dunwoody Institute for electrical journeyman. Russell served in the US Navy in Denang Vietnam from April 1969 to August 1970 as a Seabee. Russ served as an electrician for 40 years in the local 292 electrical union proudly lighting up the lives of others in the metro area.
Russ served as a member of Christ Lutheran church as a trustee. He was an active 4-H leader. Russ was very active with car clubs in the area was a member of the Model T and Model A Ford club of America and the MG car club. Russ delighted in the car tours. He lead and organized tours to southern Minnesota and Iowa.
Cherishing in his memory are his wife Lois, child Erick (Jenell) of St. Paul; grandchild Anders Agrimson. Brother Gary Agrimson, Sister Theone (David) Eide, nephew Nathan (Heather) Eide, niece Kristin (Tim) Boman and grand nephews Gavin, Levi and Iver Eide, and grandniece Samantha. Sister-in-law Carol Richter, Nieces Carol Jean (Kevin) Neff, Kay (Joel) Addison, Karen (John) Lee and grandnieces Katrina, Kris and Karla Neff and Meghan, Marissa Lee as well as many first and second cousins.
Memorials to: The American Cancer Society and the Peterson Museum. Private memorial service at later time.