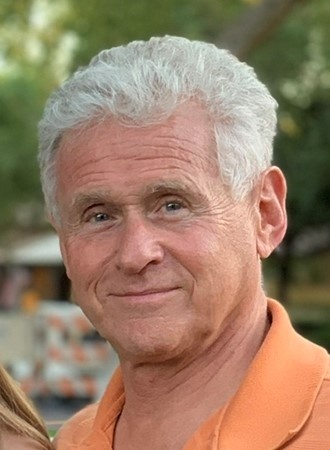 Russell Michael Ferree was born May 14, 1948 to Clayton and Frederica Ferree. His siblings are Sandra Campbell (Steve); Shelly Cherry (Mac); and Anthony Ferree.

In 1989 Russell began an illustrious career with Aflac where he received innumerable awards and accolades. He loved his job, loved helping people with claims, and was always ready and willing to go the extra mile for his client or for any fellow Aflac colleague who asked for his wisdom.

In 1993 Russ married Joanie, “the sweet love of his life” he always called her. In 2006 a transfer with Aflac took them to Phoenix and they enjoyed the change immediately. Russ and Joanie were inseparable, never wanting to be without the other. Their love for dogs went a tad overboard at times but there was always room on their laps for another. Their dogs provided love and laughter during their twenty-eight beautiful years together.

Russ was a loving father to his children, Jessica and Zac (Melissa) and to his stepson Michael and stepdaughter Kimberly (Alan). He was blessed and so very proud of his six beautiful grandchildren.

The world has lost the most extraordinary man. There are no words to describe how much he will be missed by everyone fortunate enough to have made his acquaintance.

But we know where he is!  Jesus has called him home and he is enjoying the beauty of heaven.

We love you Russell!