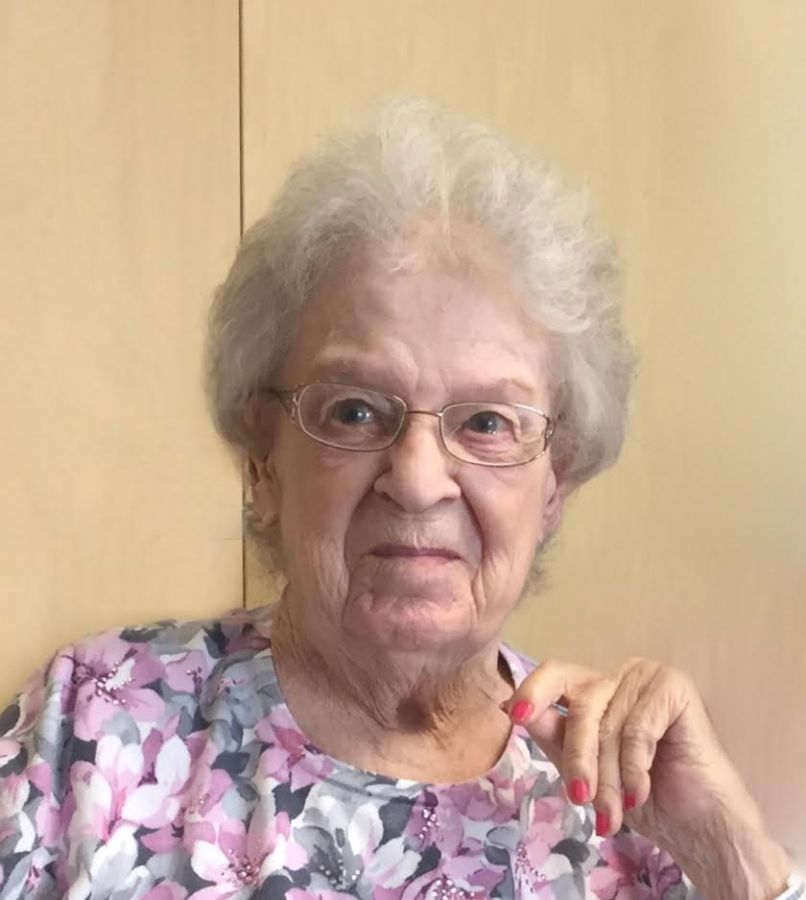 Ruby Cox, 95, of Anoka, MN died Wednesday evening on September 11, 2019 at the Homestead of Anoka in Anoka, Minnesota. A celebration of life will be held at 12:00PM on Friday, September 20, 2019 at Hoff Funeral Home in Saint Charles with Dianne Rislow presiding. Visitation will start one-hour prior to the service at 11:00 AM.

Ruby graduated from St. Charles High School in 1942. After marrying Tom, she lived 50 years in Winona, Minnesota. She enrolled in an inaugural secretarial course through the MDT Act in 1963. She was employed as a secretary at Warner Swasey, Merchants Bank, Winona State College, Social Security Administration and The Federal Sign Center in Winona. Ruby served as a secretary in the Winona Area Flower and Garden Club. Ruby and Tom lived their retirement years in Rochester, Minnesota until Tom's passing in 2011. Ruby lived her later years at the White Pine in Blaine and Homestead of Anoka.

Ruby loved her flower garden, crocheting, playing 500 with many close friends, her precious days camping in The Gopher Fun Trailer Club. She loved traveling to Arizona with Tom where they created many special memories with their families. She was a terrific cook and could make a fabulous meal out of just about anything. She made the best fried chicken in the entire Winona County. She took great pride in her home and had a keen eye for decorating. Aside from her family, Ruby's greatest love, however, was shopping. When it came to shopping, she was an unstoppable force. There was not a bargain she could not find and spent countless hours in that quest. She was always "dressed to the nines" and took a lot of pride in her appearance. In her later years, her friends at White Pine in Blaine marveled at her many outfits and matching accessories.