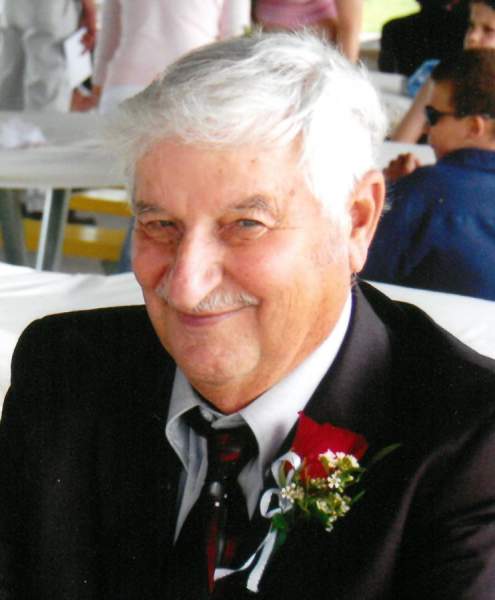 Roy M. Bollinger, 95, of Rushford, MN died on Wednesday, June 26, 2019, at the Good Shepherd Lutheran Home in Rushford.
Roy was born on July 5, 1923, in Ephrata, PA to Christ and Florence (Minnich) Bollinger. He was raised in Pennsylvania. Roy married Margaret Finkbiner. Margaret died in 1987. On July 30, 1988, he married, Mildred Stoltzfus. Roy farmed all of his life. He took over the family farm in Pennsylvania and in 1979. Roy moved to the Rushford, MN area where he farmed corn, soy beans, and beef cows until his retirement in his late 80's. He was a member of the Lewiston Church of the Brethren in Lewiston, MN. Roy enjoyed his Boston Terrier, Cookie, farm sales, auctions, travel and going to McDonalds.
He is survived by his wife, Mildred; two sons: Terry (Karen) Bollinger of Rushford and Mike (Patricia) Bollinger of Winona; two stepchildren: Shelia (Mike Kline) Peters of Manheim, PA, and Kevin (Michele) Peters of Fountain, NC; three grandchildren: Andrea Laumb, Marcie Buum, and Travis Bollinger; three step-grandchildren: Sean, Zachary, and Noah; and six great-grandchildren: Carson, Kayla, Cadence, Cole, Terence, and Jordyn.
Roy was preceded in death by his parents, first wife, three brothers, and two sisters.
There will be a funeral service at 11:00 a.m. on, July 6, 2019, at Lewiston Church of the Brethren in Lewiston, MN. Visitation will be from 5:00 to 7:00 p.m. on, July 5, 2019, at Hoff Funeral and Cremation Service in Rushford and one hour prior to the service on Saturday at the church. Burial will follow the service in the church cemetery.
The family prefers memorials to the Good Shepherd Lutheran Home.