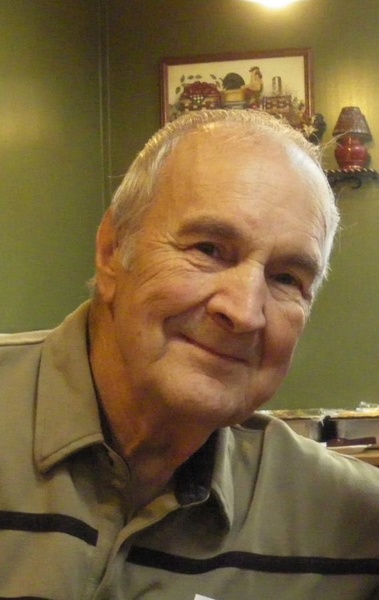 Ronald W. Kroning, 85 of St. Charles, died Friday, March 27, 2020 at Willows & Waters Senior Living in Rochester.
Ron was born August 29, 1934 in rural Winona County to Louis and Neta (Loppnow) Kroning. On September 8, 1956 he married the love of his life, Theogene Jereczek in Winona. Ron worked for the city of Winona for 10 years before taking a job in Chicago as a diesel mechanic for a few years. They eventually made their home in St. Charles where Ron became a part-owner of John Deere until his retirement. Ron and Theo were devoted members of St. Charles Borromeo Catholic Church.
Ron enjoyed snowmobiling and woodworking and could often be found in his shop in the basement making furniture. Ron was a devoted family man and treasured time spent with them. In recent years, he appreciated long conversations with friends.
He is survived by his daughter, Vicki (Scott) Disher of Minnetonka; son, Brian (Jean) of Dover; three grandchildren, Jason (Sarah) Kroning of West St. Paul, Jessica (Josh) Hoekstra of Rochester and Brianna Kroning of Dover; and 5 great-grandchildren, Brian & Harrison Kroning and Max, Marie & Mila Hoekstra.
Ron was preceded in death by his wife; his parents; his brother, Allyn and a niece and nephew.
Ron's family would like to thank everyone at Willows and Waters for their compassionate care of Ron.
Please share a memory of Ron and sign his online guestbook at www.hofffuneral.com. If you wish to send a card to his family, you may mail it to Hoff Funeral Home, PO Box 576, St. Charles, MN 55972. Hoff Funeral & Cremation Service - St. Charles is assisting the family with arrangements.