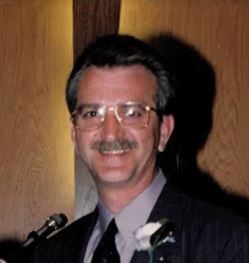 Ronald 'Ron' Kessler, age 72 of Lewiston, passed away on Monday, June 14 at Mayo Clinic Hospital - St. Mary's Campus. Ron was born on June 18, 1948 in Winona, the son of Edward and Ione (Treder) Kessler. He was raised in the Lewiston area and graduated from Lewiston High School with the class of 1966. Ron began working for the US Postal Service as a teenager and was a dedicated employee for nearly 40 years before his retirement. Ron was first married to Zandra Meisch, although their union would later dissolve. On October 1, 1993, he was united in marriage to the love of his life & best friend, Vicky Nisbit.
Ron loved all things Minnesota and he was an immensely proud Vikings fan. He was also an avid golfer and became the eventual caretaker of the Lewiston Golf and Country Club in his retirement. As much as he loved his Minnesota sports, Ron was even more proud to be a loving husband, dad, and grandpa.
Ron will always be remembered by his wife, Vicky Kessler; mother, Ione Kessler; children, Todd (Becky) Kessler, Paul (Sara) Kessler, Andrew (Lisa) Kessler; step-son, Jamie (Jenny) Sherman; 11 grandchildren; 1 great-grandchild; siblings, Calvin (Mary) Kessler, Barbara (Patrick) Kreidermacher, Thomas (Penny) Kessler, Susan (Wayne) Baer, Rogers (Heather) Kessler; as well as many nieces, nephews, other extended family, and close friends.
He was preceded in death by his father, Edward Kessler; and nieces, Brooke Kessler and Janel Baer.
There will be a Celebration of Ron's Life on Saturday, June 19 at the Heartland Country Club beginning at 5:00PM. Hoff Funeral Service, St. Charles, is assisting the family.