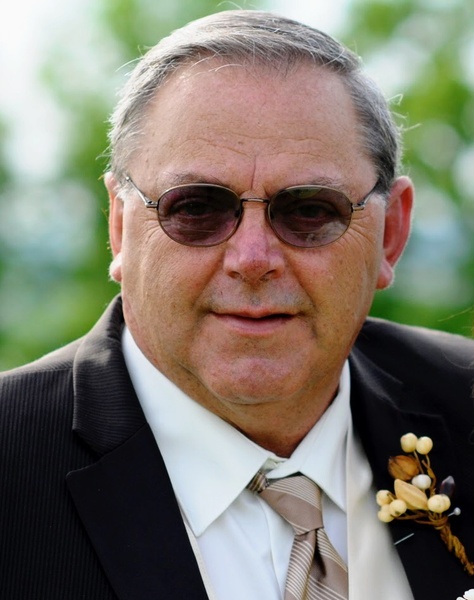 Rolland "Rollie" Lee, 73 of Houston, passed away peacefully July 16, 2022, surrounded by family.
Rollie was born April 26, 1949, in La Crosse, WI to Robert and Rose (Burfield) Lee. He graduated from Houston High School in 1967 and spent over 40 years at Cytec (Fiberite) Industries in Winona making many lifelong friends along the way. He was proud of his time there but loved retirement more!
He was passionate about family and would drop whatever he was doing to help with a project, get a car running again or mount a tire. He was proud to be a grandpa to his four grandchildren and very recently became a great-grandpa!
You could find him many mornings having breakfast at Nutbush or evenings having a brandy-coke at the Rushford Legion with friends. He loved the camaraderie and just spending time with good friends, a theme that carried through his life.
Rollie was a tinkerer. He loved to build and fix everything. Cars were his favorite, from fixing up his orange 55 Chevy to tearing the body off his 97 S-10 and replacing it with late 40's to early 50's parts gathered from Craigslist, creating his own modern classic. If you asked how he figured it out he would smile and say, "You can learn to do anything from YouTube!". After a hard day's work you would find him most often at the high-top table in his Money Creek garage sharing a beer and a story with friends and family.

We can all rest assured that Rollie is in Heaven now, with his tools, a cold beer and Gunsmoke cranked to 11 fixing anything that needs fixing. Because he would want it to be nice for the rest of us. That's the man he was.
A Celebration of his life will be 3:30 p.m., Thursday, July 28, 2022 at Hoff Funeral & Cremation Service in Houston, led by Funeral Celebrant Jen Corcoran. A gathering of family and friends will follow from 4-7 p.m. at the funeral home. Hoff Funeral & Cremation Service - Houston is assisting the family with arrangements. www.hofffuneral.com.