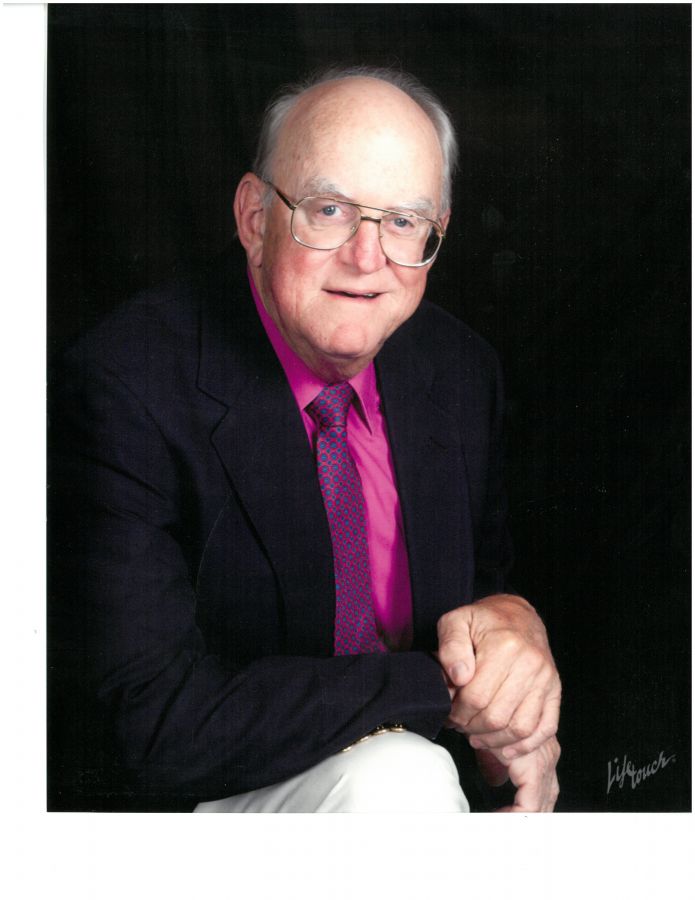 Roger Lee Metz (82), of Winona passed away at his home Thursday morning February 14th, 2019.
Roger was born December 2nd, 1936 to Herbert and Marie (Mehring) Metz in Hoopeston, Illinois. He attended Hoopeston Public Schools and continued his education at The University of Illinois Champaign. During his high school years he spent many hours working on the family farms. Following his college education he moved to Chicago and worked for American Airlines as a ticket agent at Midway Airport. Later he transferred to the American Airlines downtown reservation office as a tariff agent, this is where he met his wife, Ramona.
Roger and Ramona were married on May 13th, 1961 in Waupaca Wisconsin. They moved to Waupaca in August of 1961 where Roger became the business manager of Waupaca Memorial Hospital. Two years later they moved to New London, Wisconsin where he was assistant administrator. A few years later he accepted the position as controller in the business office at Community Memorial Hospital in Winona and later promoted as Hospital Administrator.
Roger worked in administration at Community Memorial Hospital in Winona, Minnesota for 29 years until retirement in 1997. He was passionate about his administrative career and the many caring people he worked with. He was known state-wide for his strong support of auxiliaries within healthcare facilities.
The time came when he decided to retire and follow his childhood passion helping Jeff on the farm. As the saying goes "You can take the boy out of the farm but cannot take the farm out of the boy". He always said many of his decisions during his time as CEO were determined while he was out in the field on the tractor. He had a great vision for initiating innovative programs not only through CMH but throughout Minnesota. His distinctive approach to hospital administration was admired by both his colleagues and the CMH staff.
Roger was also devoted to many Winona community area boards and committees. He was very interested in education for the community and continued to serve on various committees within the school district. During the past 15 years, when Roger and Ramona lived in Rushford Roger served on the school board and developed the Rushford-Peterson School Foundation.
After retiring, due to his love for community and healthcare he became an instructor of the healthcare program at Winona State University. He did interim administration for Good Shepherd Lutheran Home in Rushford, Valley View Healthcare and Rehabilitation in Houston Minnesota, Sauer Nursing Home, and St. Anne's Extended Health Care of Winona.
In addition to his involvement in healthcare related education, he found time to be active in organizations such as; Winona Area Chamber, Winona Area Public Schools, Winona Area Industrial Development Association, Woodlawn Cemetery Association, Rotary Club, YMCA, United Way, and Wesley United Methodist Church, and Home and Community Options.
Roger was involved with many healthcare organizations throughout the state. He served on the Board of Directors for the MN hospital and Healthcare Partnership. He was involved with the Minnesota Association of Homes for the Aging. He was also a Board Member for MN Blue Cross and Blue Shield. He was selected to serve as a member of the Commission in Judicial Selection in Minnesota and State Board of Health Commission.
Roger received many awards from serving on many various committees. He was honored in 1998 by receiving the Ben and Adith Miller Tribute Award.
He is survived by his wife Ramona; two sons Jeff (Mariann) and Tim (Lorrie): Six grandchildren, Alicia Metz, Courtney (Jordan) Kalbarczyk, Brittany (Nick) Agrimson, Nathan (fiancé Shelby), Troy (Kim) Metz and Rachael (Devin) Bagniewski; great grandchildren, Dominick, Dawson, Lucas, and Hailey; sister-in-law and many nieces, nephews, and cousins.
Roger was preceded in death by his parents, two brothers, a sister, sister-in-law and a brother-in-law.
Memorials may be made to Winona Rotary Club, Wesley United Methodist Church, Winona Health Ben and Adith Miller Patient Care Fund, Roger Metz Manor, and Foundation for Rushford Peterson Schools or an organization of your choice.
A memorial service will be held at 11 a.m., Monday, February 18, 2019 with visitation being held Sunday February 17th from 5pm until 7pm at Wesley United Methodist Church in Winona. Interment will be at Woodlawn Cemetery at a later date. Please leave a memory of Roger and sign his online guestbook at hofffuneral.com
To order memorial trees or send flowers to the family in memory of Roger Lee Metz, please visit our flower store.