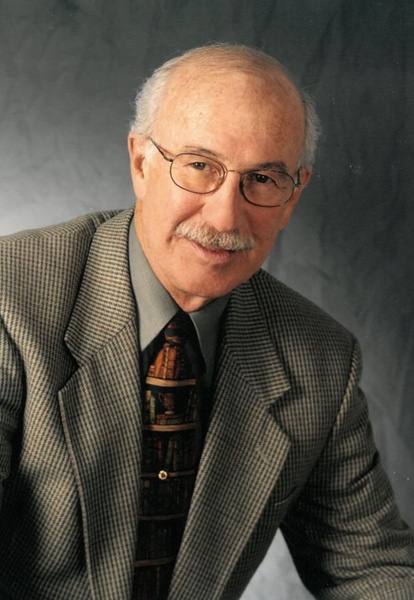 Rodney Hugh Oppriecht, 81 of Winona, died Sunday, November 10, 2019 at his home.
Rodney was the second son born to Amel Oppriecht and Ruth [Jameson] Oppriecht on May 17th, 1938, in La Crosse, WI and grew up in Gays Mills, WI. He served three years in the Navy, and attended UW La Crosse on a G.I. bill. Rodney and Norene Alma Warmke married on August 17, 1963 and they were longtime residents of Fountain City, WI.
Rodney is survived by three children: Gretchen, Jennifer, and Mitchell [Christina], and four grandchildren: Lukas, Lara, Hanna, and Colton. Karl [Lila] Oppriecht, Rodney's older brother, preceded him in death, and he is survived by his younger sister Julia [Del Flitch] and his younger brother Kermit [Carol] Oppriecht.
After 44 years of marriage, Norene died in the spring of 2007. Chronicling her final struggle with cancer, Norene's story, "A Year to Live," was published in the Winona Daily News and the La Crosse Tribune and continues to be a source of inspiration to many.
Rodney taught English, Speech and Theatre in Edgerton, Janesville, and West Salem, WI as well as Highland Park, IL. He devoted the majority of his career to Winona High School and after "retirement," taught at the University of Wisconsin in La Crosse.
In the summer of 2007, Rod met Carl Sandquist. They married on November 1, 2014 and have been active residents of the Willowbrook Cooperative in Winona, MN. The love and affection that they share is a testament to how two people can find happiness again.
A Celebration of his life will be 10:30 a.m., Saturday, November 16, 2019 at the First Congregational Church of Winona - United Church of Christ, 161 W Broadway St, Winona, MN 55987 with Father Jon Spinillo officiating.
In lieu of flowers, donations to Winona Area Hospice and the AAUW Norene Oppriecht Memorial Scholarship are appreciated. Hoff Celebration of Life Center - Goodview is assisting the family with arrangements. Please share a memory of Rodney and sign his online guestbook at www.hofffuneral.com.