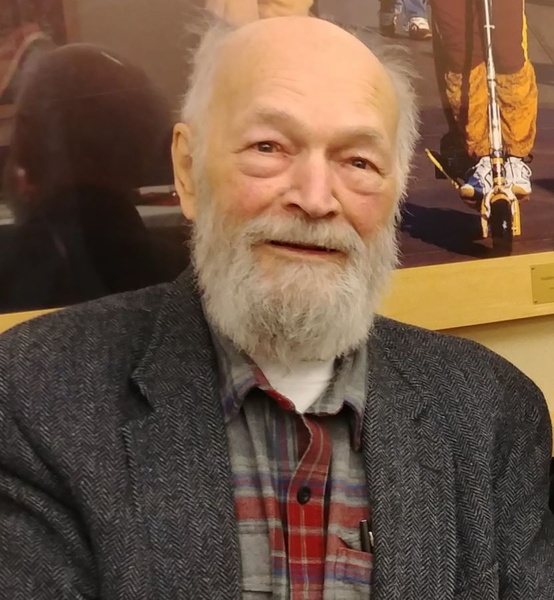 Rod Leonard, a policy expert on food and nutrition, and agricultural issues, who worked in the Kennedy, Johnson, and Carter administrations, died of natural causes on June 13, 2020 in Winona, Minnesota. He was 90.
As a member of the staff of U. S. Department of Agriculture (USDA) Secretary Orville Freeman in the 1960's, Rod helped develop policy and strategy to implement some of the most important anti-poverty and nutrition programs of the Kennedy and Johnson Administrations. In the late 1970's, he worked in the Carter Administration as the Deputy Director of the President's Office of Consumer Affairs.
Rod was born on December 7, 1929, in Eureka, Kansas, to Brownie and Muriel (Barnard) Leonard. He never lost the Kansas Flint Hills lilt in his speech. Rod graduated from the Kansas State University in 1950 with a degree in economics. Soon after graduation he was drafted and served as a U. S. Army corporal in some of the most dangerous combat zones in the Korean War from 1951-1953. Returning stateside in 1953, he started graduate school on the G. I. Bill at the University of Minnesota. Both of his parents were from Minnesota and his older sister Muriel lived in St. Paul. Working on the University's student paper, the Minnesota Daily, as an assistant editor, Rod met the Daily's editor-in-chief Betty Berg in 1954. Betty was the first woman outside of war times to be named editor of the Daily. Betty and Rod married in 1955. Twin daughters Karin and Jane were born in 1957; son John was born in 1964.
From 1955 to 1958, Rod worked briefly for the Minneapolis Star-Tribune and did corporate media for 3M. He also served as a volunteer in the Minnesota DFL Party. In 1958 he went to work for Minnesota Governor Orville Freeman, becoming Freeman's press secretary and legislative troubleshooter.
Governor Freeman's and Rod's lives, and the lives of their families were changed dramatically by a phone call from President-elect John F. Kennedy in December 1960: "Orv, I want you to be secretary of agriculture. How soon can you get down here so we can announce it?" The Freeman's, the Leonard's, and many other of their Minnesota colleagues headed to Washington to work in the Kennedy Administration and in Congress.
President Kennedy asked Secretary Freeman to develop a pilot program in food assistance, because Kennedy had been shocked by the extent of hunger and poverty he saw firsthand during the 1960 electoral campaign. Rod took on this project, one result being the creation of the Women, Infants, and Children's (WIC) program. Following President Kennedy's assassination, the policy and legislative work continued under President Lyndon Johnson and Secretary Freeman to develop a "food stamp" program similar to today's SNAP program, and to provide free and reduced-price school lunches.
Rod also worked to strengthen food safety and food security laws. That remained a constant focus throughout his career. Following the election of President Richard Nixon in 1969, Rod founded the Washington, D. C. -based Community Nutrition Institute (CNI) and Nutrition Week, to advise the new administration about how to administer federal food assistance programs. Because nutritious food must be safe, CNI became more involved in food safety. Following service in the consumer affairs office of President Jimmy Carter's administration, where he worked on food labeling efforts and other consumer advocacy policy, Rod returned to CNI.
Beginning in mid-1980s, U.S. trade officials began to threaten trade war with the European Union (EU) to pressure it to relax EU food safety and quality standards to enable exports of the vast oversupply of U.S. agricultural production. Rod was among the first U.S. non-governmental representatives to attend and report on meetings of the Codex Alimentarius Commission, the international food standards body recognized as authoritative by the World Trade Organization in 1995. By 1989, Rod was testifying to Congress in a hearing on 'how to avoid trade war' with the EU. In 1992, he testified to Congress about how General Agreement on Trade and Tariff (GATT) negotiations on trade related food safety standards would weaken U.S. dairy product safety.
During the 1980s and 1990s, while continuing his CNI work, Rod mentored a new generation of food and nutrition policy experts, and food policy journalists. As he and Betty prepared to retire to Betty's family farm near Wakhon, MN, Rod began to work with the Institute for Agriculture and Trade Policy (IATP), founded in Minneapolis in 1986. Rod joined the IATP Board in 1990 and served there until 2010.
Rod and Betty retired to the farm in 1998. In 2001, Rod lost his life partner, Betty, to cancer. He and Betty's children, Karin (Karl) Sonneman of Winona, Jane (Lori) Leonard of St. Paul, and John (Lucia) Leonard of Chicago, their grandchildren James, Thomas, and Jane Sonneman, and Rod's brother Alan Leonard of California, as well as many nieces and nephews, survive him. Due to current pandemic restrictions on gatherings, a celebration of life event for Rod will be held later in the year. Burial will be at a private ceremony for immediate family and friends later this summer. In lieu of flowers, memorials in Rod's honor are asked to be given to Growth & Justice, 970 Raymond Avenue, Suite 201, Saint Paul, MN 55114 or at www.growthandjustice.org/support.
Hoff Celebration of Life Center - Goodview is assisting the family with arrangements. Please share a memory of Rod, sign his online guestbook and view his video tribute when it becomes available at www.hofffuneral.com.