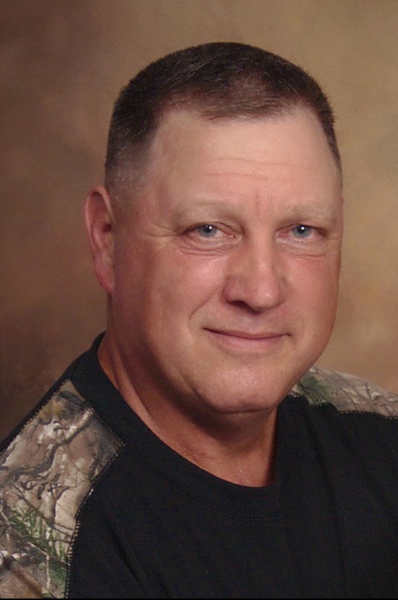 Robin Lee Bowman passed away on November 5th, 2021, at Ridgeview Medical Center in Waconia, MN.  He was born on December 3rd, 1960, to Stanley and Shirley (Nessler) Bowman, the youngest of their seven children, Robin would say “they saved the best for last”.  Robin grew up on the family farm on the ridge of Garvin Heights and was known for his mischievous behavior over the years.

He married the love of his life, Jolaine Johns, on January 6th, 1979.  They were blessed with two daughters, Aubrey Lee and Sara Rue.  Robin worked as a farm laborer for Ray and Reid Johnson for fifteen years. Then thanks to Vern Zander, he started his career in the field of Public Works at the City of Lewiston.  He began working as a laborer and with determination and hard work, he became a Public Works Superintendent.  In 2000, Robin and Jolaine moved to Waconia, MN when he began working for the City of Minnetrista, followed by Benton County and lastly with the City of Tonka Bay, where he called his coworkers his work family.  He also served on Waconia’s Planning and Zoning Commission for five years.

Robin was well known for his carpentry, electrical, mechanical, and plumbing skills.  He could frequently diagnose an engine issue over the phone and met very few engines that he couldn’t repair.  He was also an avid model railroader and shared his love of the hobby with his daughters and grandchildren.  The only time of year that Robin took time off for himself was to go deer hunting.  It was, however, questionable how much time he spent hunting, given his deer camp nickname as the “Buckless Yooper”.

In 2008, Robin realized his dream when he and Jolaine bought a hobby farm in Plato, Minnesota.   Living on the farm, he enjoyed sharing his love for gardening by sharing its bounty, along with his farm fresh eggs.  Nights and weekends he worked tirelessly remodeling the house and buildings to make the farm a home.

When the grandkids came to visit, he always made every holiday special.  He lit up the skies during the 4th of July and the farm with Christmas lights via Clark Griswold’s style.  After building a wagon to pull with his Allis tractor, he took the family for a ride through Plato, with Christmas carols playing in search of Santa and yes, mission accomplished – a firetruck pulled up alongside them with Santa riding in the back.

Halloween, however, was Robin’s absolute favorite holiday!   When he lived in Lewiston, he loved scaring the neighbor kids, especially the parents standing nearby.  At the farm, he made a spook house and loved hearing the grandkids’ screams and giggles and laughed when they asked to go through it again.  He never missed an opportunity to dress up to take the girls and grandkids trick or treating.

The loss of Robin is beyond words for his family, he was their everything to all of them, his wife, Jolaine, of forty-two years, his daughter Aubrey and her daughters, Charlotte and Gwendolyn; his daughter Sara and her husband Shawn, and their boys, Archer, Barrett, Drake, and Titan.  He is also survived by his siblings and their families.  He was preceded in death by his father and mother, Stanley and Shirley, as well as Jolaine’s father and mother, Donald (Jake) and Alma (Rue) Johns.

Robin’s life will be remembered and celebrated, Saturday, June 25th at Hoff Funeral Home in Winona, Minnesota.  Visitation is from 3 pm - 5 pm, followed by a memorial service and time for fellowship while sharing a meal.  Robin’s family asks that you honor him by wearing 4th of July, Allis-Chalmers orange, camouflage, or Halloween attire.   At a later date, Robin’s ashes will be interred privately in Oak Grove Cemetery, Rushford, Minnesota.