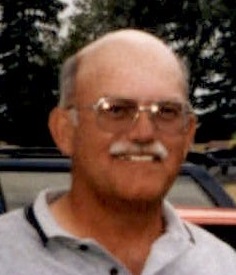 Robert "Stubby" Pedersen, 70, of St. Charles died Tuesday, November 26, 2019 at Sauer Healthcare in Winona. Bob was born November 4, 1949 in Winona to Martin and Laura "Maxine" (Miller) Pedersen in Winona. He graduated from St. Charles High School in 1967. Following high school he went on to work as a mechanic at Greenway Co-op and later Cenex in St. Charles. Bob was an avid Twins and Viking fan, as well as a NASCAR enthusiast. He also enjoyed hunting and fishing when he was younger. Bob was a member of the St. Charles Moose Lodge.
Survivors include a sister, Judy Klaksvik of Underwood, MN, a brother Jim (Kris) Pedersen of St. Charles, six nieces and nephews; Kristen (Brian) Hovland, Dana (Starrla) Klaksvik, Jill (Lance) Roisum, Cory (Andrea) Pedersen, Jesse (Christina) Pedersen and Sam (McKenzie) Pedersen. He was preceded in death by his parents.
Services to remember Bob will be 11 a.m. Monday, December 16th at Hoff Funeral and Cremation Service in St. Charles, led by funeral celebrant Jodi Heim. Visitation will begin at 10 a.m. A reception will follow services. Burial will be in Saratoga Cemetery. Please share a memory of Bob at his on-line guestbook at www.hofffuneral.com.