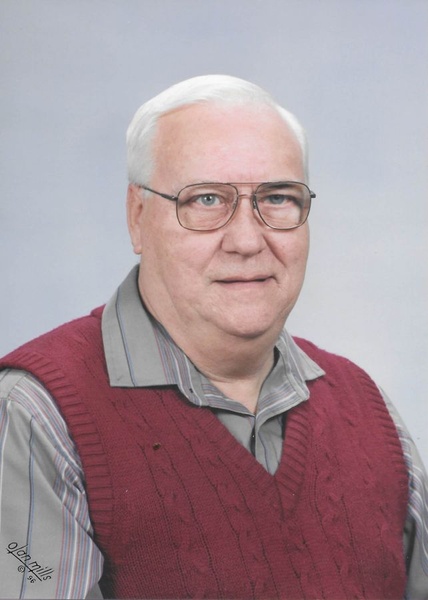 Robert O. "Bob" Mathieson, 87, of St. Charles died Friday, December 24, 2021, at Whitewater Health Services in St. Charles.
Bob was born November 22, 1934, in rural Zumbrota to Clarence and Emma (Kaasa) Mathieson. He lived and attended schools in the Wanamingo and Zumbrota areas. On January 1, 1953, Bob enlisted in the United States Air Force, during the Korean War. He served four years and received an honorable discharge at the end of December 1957. Bob returned to the area and worked at Bakers Service Station in Wanamingo until going to work for IBM in 1964, retiring in 1987. Bob moved to Dover in 1964, where he helped care for his father, mother, and brother until their deaths.
He was co-owner of a stock car that raced the area dirt tracks in the 1960's. He also owned several antique and collector cars, driving them in area parades, and was an avid fan of NASCAR racing.
Bob was a member of the Dover United Methodist Church, a life member of the St. Charles American Legion Post #190, and a life member of the St. Charles Moose Lodge 1114. Survivors include several nieces and nephews. He was preceded in death by his parents, a brother Ervin and sisters, Helen Jennings and Clarice Evans.
Funeral Services will be 11 a.m. Wednesday, January 5, 2022, at Hoff Funeral Service in St. Charles in St. Charles with Pastor Cyndy Spear of the Dover Community Church presiding. Burial will follow in Evergreen Cemetery, Dover. A visitation will be from 10 a.m. until time of services Wednesday at the funeral home. Military Honors will be conducted by the St. Charles American Legion and VFW posts. www.hofffuneral.com.