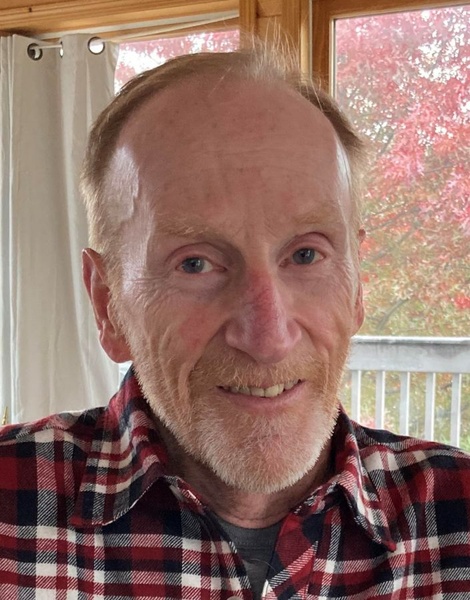 Robert "Bob" Van Doran, age 76 of St. Charles, died peacefully at his home surrounded by his loving family on June 26th, 2021.
Bob was born in Detroit, Michigan; the son of Robert and Nina Mae (Hudson). He proudly served his country in the United States Air Force during the Vietnam War. He was united in marriage to Jule Hasler and they were blessed with three children. He worked as a teacher and police officer in the 70's and was granted the Sharp Shooter Award in 1977. He also spent time working as a Supervisor in the manufacturing of aluminum cans until he heard the call of the road and became an Over-the-Road Trucker. He was privileged to spend his later working years with his best friend and wife, Maureen. Together they travelled the country in the Holiday Express semi truck. Bob and Maureen were married on July 28, 2001 in Rochester, MN. Bob opened his arms to Maureen's children and she did the same to his, sharing in their love.
When Bob wasn't working he spent his leisure time staying active. He was an accomplished wrestler in high school, extremely successful swimmer through college and continued a daily workout regimen throughout his adult life. He became a tremendous marathon runner; qualifying for and running the Boston marathon and he often won his age group in competitions. Bob spent many years building and enhancing his HO scale model railroad layout that travels around the "family room". Bob had a great love for animals and his pets rarely left his side. He was a dedicated worker and instilled in his children a great work ethic. He also taught his children about Faith, having a strong family bond, and to love and enjoy the world around them while making time for themselves and creating beautiful memories with loved ones. Bob never missed his kids' activities or an opportunity to be with them and teach them timeless lessons. He was a man with a great sense of humor and wanted to get as much out of life as he could. He has left a wonderful impression on all who knew him.
Bob will remain in the hearts of his wife, Maureen Doffing; children, Holen Van Doran, Robert (Frannie) Van Doran, and Carrie (Dustin) Nitsche; step-children, Mik (Mark) Dalpes and Kimberly Jedlicka; grandchildren, Dan, Tom, Max, Jule, Sam, Lucas, Rowen, Dean, Bowen and soon-to-be baby Dalpes; siblings, Doug (Mary) Van Doran and Jonnie (Jose) Salas; in-laws, Mary Doffing and Maureen's siblings and families.
He was preceded in death by his parents; Robert and Nina Mae Van Doran.
A Memorial Mass of Christian Burial for Bob will be at 11 a.m. on Thursday, July 1, 2021 at the St. Charles Borromeo Catholic Church in St. Charles, MN. Visitation will be from 4 - 7 p.m. on Wednesday, June 30, 2021 at Hoff Funeral Home - St. Charles; as well as one hour prior to the service on Thursday at the Church.. Bob will be laid to rest at the Minnesota State Veterans Cemetery in Preston, MN with Military Honors. In lieu of flowers, memorials may be made to your local animal humane shelter or the National Cancer Society. Hoff Funeral and Cremation Services - St. Charles is assisting the family with arrangements.