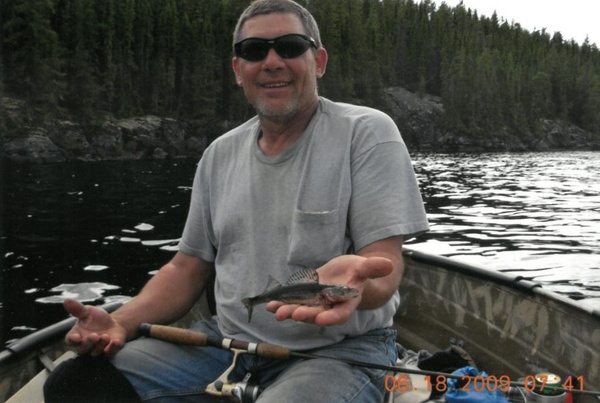 Robert Anthony Bronk Sr. "Rollin", 63 of Winona, passed away doing what he loved on Saturday, July 13, 2019. He was born on June 15, 1956 to James and Audrey (Katula) Bronk. After technical school, Robert began his career as an appliance service technician, which he did for over 40 years. He was currently employed by Volkman Appliance. Robert was a member of the Lewiston Sportsman Club, the NRA, and Ducks Unlimited. Born and raised in Winona, Robert loved the outdoors. He was an avid sportsman and enjoyed hunting, fishing, camping, and being on the Mississippi with his family and friends.
He is survived by his fiancé, Sally Solem; children, Robert Bronk Jr., Mariah (Brendan) Bronk, and Daniel (Carrie) Bronk; grandchildren, Ian and Briah; siblings, Jim (Diane), Edward (Roxanne), Mike (Elizabeth), John (Deb), Mary Bronk, Patty (Chris) Wegemer, Paul Bronk, Ann Bronk; and numerous nieces and nephews. He is preceded in death by his parents, James and Audrey.
A Funeral Mass will be held at 11 a.m., Saturday, July 20, 2019 at the Basilica of St. Stanislaus Kostka. Visitation will be from 10 a.m. until the time of the service. Per the families wishes, please dress informally for the service. A private family burial will be held at a later date. Memorials may be directed to Bruce's Legacy at www.bruceslegacy.com or the Winona Dive and Rescue Team in Robert's memory. Please leave a memory of Robert at www.hofffuneral.com. Hoff Celebration of Life Center, Goodview, is assisting the family with arrangements.