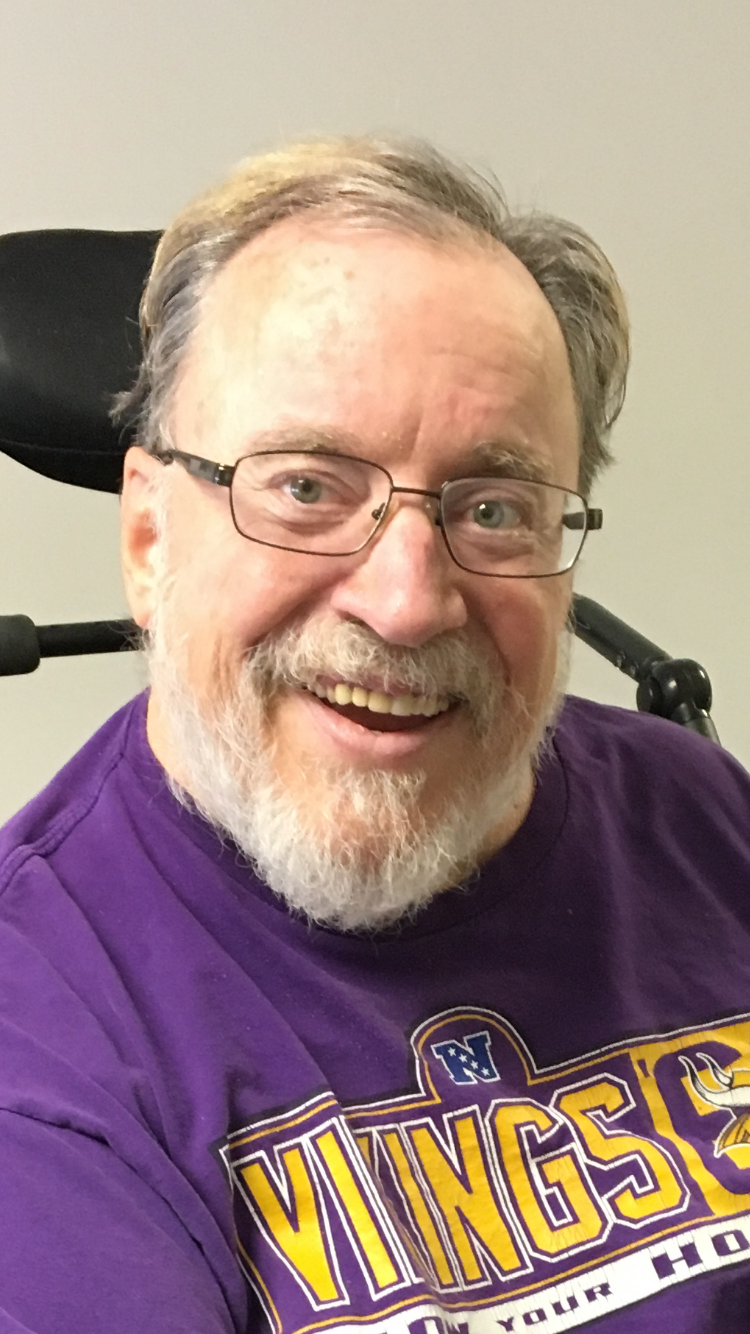 Richard (Rick) Vogel, 70 of Winona, passed away peacefully at St. Anne's Extended Healthcare September 22, 2019. He had been a resident of St. Anne's for over 18 years.
Rick was born on July 8, 1949 to William and Dorothy Vogel. He attended Cathedral Grade School and graduated from Cotter High School in 1967. After graduation Rick and his close cousin Dan Pomeroy, enlisted in the Army through the buddy system. Rick served as a paratrooper in the 173rd Airborne Brigade and was in Vietnam from June 6, 1968 - June 6, 1969. He received the bronze star on May 5, 1969.
In the fall of 1969 following his tour of duty in Vietnam, while stationed in Augusta GA, Rick suffered a traumatic brain injury, along with other injuries when he was hit by a car while attempting to cross a freeway. After many months of hospitalization, Rick was discharged from the VA Hospital. For a time, he lived with his maternal grandfather Harry Brenden. Grandpa Harry took excellent care of Rick and assisted him with medical appointments and activities of daily living. Rick was able to live independently for many years prior to being admitted to St. Anne's in April 2001. He could be seen walking around Winona on his outings to church, restaurants, movies and other activities.
Rick always spoke highly about the care he received at St. Anne's. He participated in daily Mass, Bingo and other activities. The residents and staff were always happy to see and talk with Rick, because he had such a positive and caring attitude. He always had a big smile on his face even up to the end of his life.
Rick was a lifelong member of the Cathedral of the Sacred Heart. He loved going to Mass at St. Anne's, singing hymns and reciting the rosary after Mass for the other residents. He was a man of very strong faith and conviction and he exemplified that in his everyday life. He will be greatly missed by his family and friends.
Rick is survived by his sisters, Winnie (Gary) Hatch, Hudson, IA, Ellie (Dick) Justice, Waterloo, IA and Cathy Schofield, St. Paul, MN, brothers, Bill (Carol) Vogel, La Crescent, Tom (Mary) Vogel, Winona and Jim (Delayne) Vogel, Hokah, and numerous nieces and nephews. He is preceded in death by his parents, nephew and godson Joe Vogel, brother-in-law Philip Schofield and both sets of grandparents.
Ricks family would like to thank all the nurses, social workers, aides and hospice workers at St. Anne's who so lovingly took care of him. We would also like to thank Catholic Charities for providing Rick with excellent guardianship services for many years.
Per Ricks wishes, his body was donated to the University of MN. A Mass will be held at St. Anne's on Saturday, Oct. 5th at 11:00 am followed by a Celebration of Life and lunch at Hoff Celebration of Life Center, Goodview starting at 12 p.m. In lieu of flowers, the family would appreciate all donations be directed to Team Vogel.
Hoff Celebration of Life Center is assisting the family.
To order memorial trees or send flowers to the family in memory of Richard Vogel, please visit our flower store.