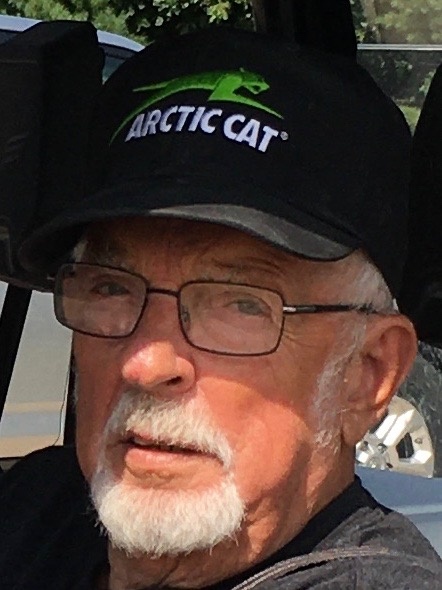 Richard Eugene Hemker, age 81, of Winona, was born on September 8, 1939, in North Bend, Wisconsin, to Margaret (Thicke) and Ervin Hemker. He died on April 22, 2021, at home surrounded by family overlooking his family farm.
At the age of 18, Rich joined the Army and served his country while stationed in Germany. On January 5, 1963, he married Judy Belter at Saint Martin's Lutheran Church in Winona, MN. Together they raised three sons: Roger, Thomas, and Randy.
Throughout his lifetime, Rich was most comfortable behind the wheel, beginning his career hauling canned milk at a very young age. For a short time, he owned the Witoka Tavern but returned to trucking owning B&H Rubbish and Hemker Transport hauling logs and grain. He ended his career once again hauling bulk milk for local farmers in the Winona area. In his retirement, he spent his time riding his side-by-side, mowing his lawn, and pinning buttons.
He had a very strong work ethic but also enjoyed time spent visiting with family and friends. He had lots of stories and always enjoyed a good laugh. He was an honest man, and his philosophy was trust and respect is something you earn, not something that is given.
Rich camped for 25 years at Money Creek Campground, joking with friends and family around the fire. He especially loved the time he spent with his grandchildren.
He is survived by his wife, Judy; three sons: Roger (Karla), Thomas (Karen), and Randy (Tiffany Kronebusch); eight grandchildren: Logan (Haley), Luke, Matthew, Ellie, Drake, Paige, Adilynn, and Ben.
He is preceded in death by his parents and his brother, Robert.
Respecting Rich's wishes, there will be no service. In lieu of flowers, memorials can be made to Winona Area Hospice Services. Cards may be mailed to Hoff Funeral Home, c/o Rich Hemker Family, 3480 Service Drive, Goodview, MN 55987. Hoff Celebration of Life Center is assisting the family with arrangements.
Please share a memory of Rich and sign his online guestbook at www.hofffuneral.com.