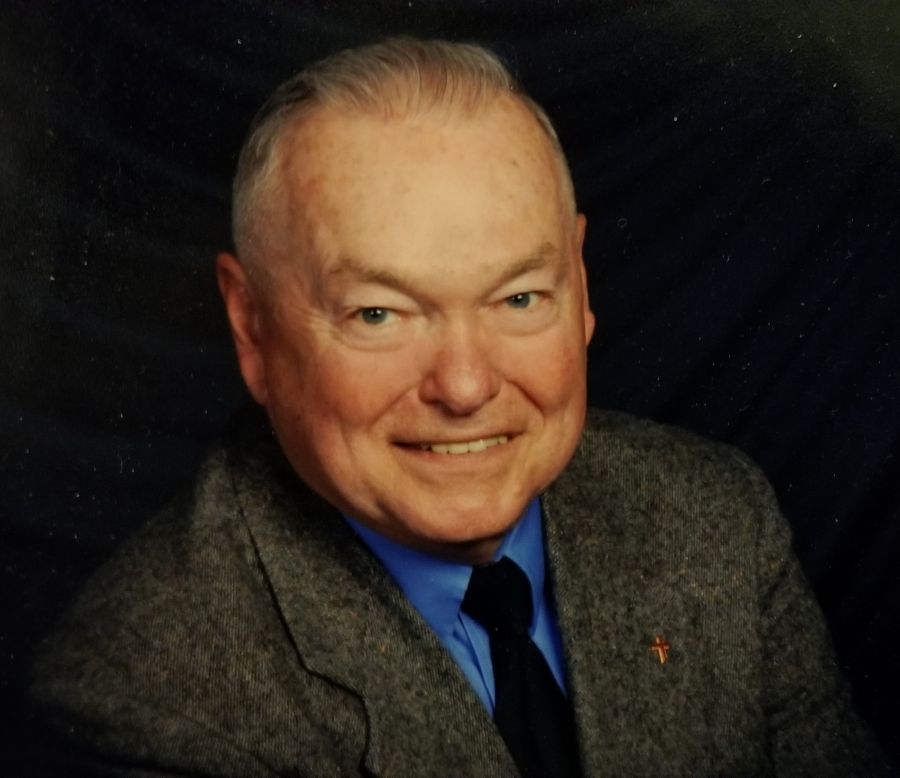 Richard E. Fogal, 84, of Rushford, MN died on Tuesday July 21, 2020, at Gundersen Health System in La Crosse, WI.
Dick was born October 17, 1935, on a farm near Waldorf, Minnesota to Edward and Agnus (Habeck) Fogal. He graduated from Peterson High School in 1953. Following High School, Dick joined the United States Navy and served his country for 20 years where he retired as an Electricians Mate Master Chief on August 17, 1973. He married the love of his life, Patricia Lee Jensen on September 3, 1955, in Norway, MI, sharing the next 64 years until his death. After retiring from the Navy, Dick worked as a Manager for General Electric Apparatus Shop for 7 years before going to college full time getting a Bachelor's degree in Vocational Education from Winona State University. He got a teaching position at Greenfield High School in Wisconsin where he taught for 11 years. He continued his education while working at Greenfield High School and got his Master's degree in Vocational Education from University of Wisconsin, Stout. He retired from teaching in 1994 and moved back to Rushford, MN where they have lived for the past 26 years. Dick loved to work on old cars restoring a 1926 Model T Scrambler, two (2) 1929 Model A Coupes, 1930 Model A Roadster, 1932 Model B Pickup, 1973 VW Bug, 1966 Ford Fairlane, and 1948 Dodge Coupe. He always had to keep busy. Dick & Pat have been long time members of St. Marks Lutheran Church.
Dick is survived by his wife, Pat; children: John (Sue) Fogal and Joan Klinski; grandchildren Jennifer (Jon) Berger and Brent (Marissa) Fogal; great-grandchildren: Anabelle, Lilah & Clara Berger and Edison & Arden Fogal; sisters, Bonnie (Ronnie) Brevig, Jean Peterson, & June (Mike) Kohnert and Brother, Jerry (Deb) Fogal.
Dick was preceded in death by his parents, Ed & Agnes Fogal and sister, Carol Storlie.
There will be a funeral service at 2:00 p.m. on Sunday, July 26, 2020, at St. Mark Lutheran Church in Rushford with The Reverend Mark Triplett officiating. Visitation will be from 12:00 p.m. until the time of the service at the church. Burial will take place at the Minnesota State Veterans Cemetery in Preston, MN. The service will be streamed live on Facebook at St Mark and St Johns Lutheran Facebook page.
If you are attending the visitation or service, we would ask that you please use social distancing and wear a mask.
The family prefers memorials directed to the donor's choice.
Hoff Funeral and Cremation Service of Rushford is assisting the family with arrangements.
Please leave a memory of Dick and sign his online guestbook at www.hofffuneral.com