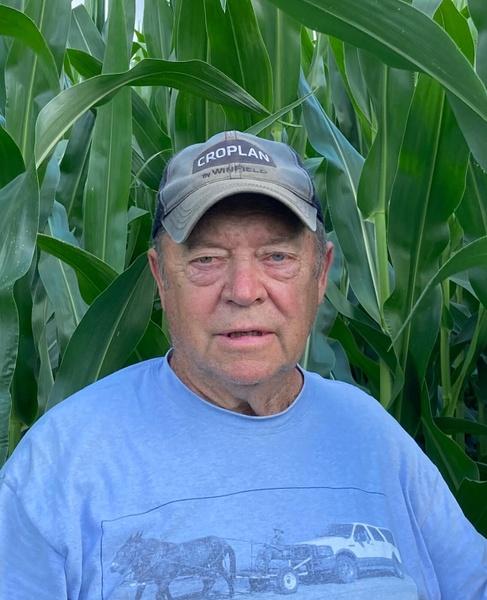 He was the only son born to Lloyd and Mildred (Johnson) Snow in Fort Dodge, Iowa on November 10, 1946. He grew up in the Fort Dodge and Manson, Iowa area until the family bought a farm in rural Canton, MN and his father opened a mechanic garage in town. In 1963 they moved to a farm on Oak Ridge near Houston, MN and soon after to the present farm in Looney Valley.  Dick graduated in 1965 from Houston High School where he was in the National Honor Society, debate team, played football, and attended Boys State. He graduated from WSU with his bachelor’s degree in 1969 and left for Army Boot Camp on the delayed enlistment program. He was with the Army Security Agency (ASA).

While home on leave, Dick married Evonne Thorson on December 21, 1969 at Cross of Christ Lutheran Church in Houston. Dick and Evonne moved to Ft. Devens, Massachusetts where he was in ASA School. Upon completion, he was sent to Camp Humphreys in Korea and then finally to Ft. Riley, Kansas, meeting up with his wife, Evonne and daughter Laura where their second daughter, Jenny was born before moving back to Looney Valley and to take over the Snow family farm from his parents.

Dick loved farming which over the years consisted of, dairy, beef cows, corn, soybeans, and hay. Dick enjoyed many things in life, but his favorites were his family and farming. Dick and Evonne raised two beautiful daughters, Laura and Jennifer. They have blessed Dick with eight grandchildren and two adored great-grandsons. He was very proud of his farm and the crops he nurtured. Not everyone knew this about Dick, but he truly loved traveling. Evonne just had to talk him into it.  He loved vacationing at Leech Lake in the early years at Huddles Resort with Houston friends, and later to Lake Superior at Two Harbors. And not to forget the trips to Colorado and the Black Hills, or his favorite to Alaska.

Dick was very involved in the Houston community. He was a member of Looney Valley Lutheran Church and presently was on the church council, the Hoedown Pie Social and was the lutefisk cooker, with Ron Peterson.  Dick was very active with the American Legion Post 423 serving as commander for 14 years before passing the gavel to Tom Hill in 2022. He was still on the club board and served in the color guard and was currently on the Hokah Co-op Board. He served on the Houston Township Board, Farmers Co-op Elevator Board, Hoedown Committee, and Holidazzle Committee. He had been a rural mail carrier out of the La Crescent Post Office. Dick had a life well lived, with many accolades, a loving family, and many friends.