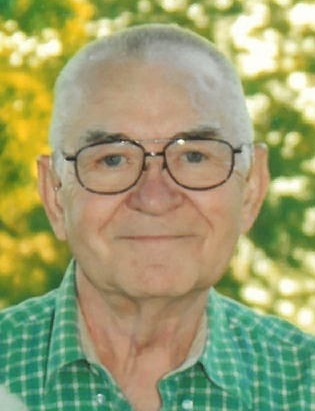 Raymond D. Lisowski, 81, of Piepers Valley, rural Fountain City died Monday, September 6, 2021 at Saint Anne's Extended Healthcare in Winona. Ray was born December 21, 1939 in Arcadia to Peter and Olga (Konsella) Lisowski. He served in the Army National Guard. Ray and Sandra Gensmer met on a blind date. And, were married May 11, 1963 at Trinity Ev. Lutheran Church at Norton. They made their home in Winona and raised their four children in Winona. Ray worked as a machinist for several years at Witte Moldcraft in Homer and later for Lake Center Industries as a production manager. In retirement, Ray and Sandy moved to Piepers Valley.
Ray had a passion for hunting and guns. Having taught gun safety, marksmanship and silhouette shooting, as well as hunting bear, deer, squirrel and ducks. Woodworking and metal working were also passions of Ray. He made cribs for all his grandchildren, as well as jewelry boxes, woodcarvings and gun parts. Ray loved being around kids, as he drove school bus for Cochrane Fountain City Schools in his retirement. Ray was a member of St. Matthew's Lutheran Church.
Survivors include his wife, Sandy; their children, Michael (Julie) Lisowski of Chatfield; Jody (Todd) Ives of Goodview; Jeffrey (Sheryl) Lisowski of Winona; and Matt (Tammy) Lisowski of Winona; grandchildren, Pamela Lisowski, Holly & Shane Ives, Jena & Jordan Lisowski, Hunter (Laura) Lisowski and Bethany (Michael) Wu; a brother, Jerome (Karen) Lisowski of Alma; and sisters-in-law, Lorna and Vivian Lisowski, and mother-in-law, Clanette Gensmer and many nieces and nephews. He was preceded in death by his parents, siblings, Bob, Jake, John and Ann (Roman) Konkel and father-in-law, Harold Gensmer.
Ray's family wishes to extend a heartfelt thank you to the staff at St. Anne's for the care and compassion shown to Ray and the entire family.
Funeral Services will be 11 a.m. Saturday, September 11, 2021 at Hoff Celebration of Life Center, Goodview - Winona, with the Reverend Matthew Schoell officiating. A visitation will be from 9 - 11 a.m. Saturday at the funeral home. Military Honors will be performed immediately following the service. Please share a memory of Ray and view his video tribute, when it becomes available at www.hofffuneral.com.