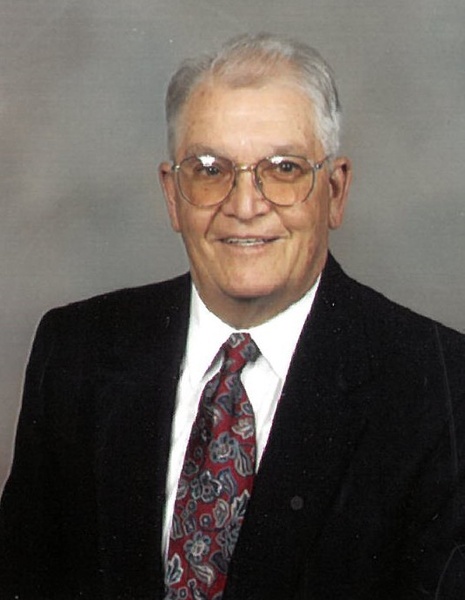 Raymond William Feuerhelm died peacefully on June 26, 2021 taking his last breath with his wife, LaVonne, and oldest son, Greg at his side. Ray will be remembered for his quick wit, kind heart, and caring spirit. Ray was born in Hokah, Minnesota, May 10, 1929. He was 92 when he died at Whitewater Health Services in St. Charles, Minnesota. Ray married LaVonne Ender on Feb. 12, 1955 and the couple had five children, Greg (Patti), Mark, Matt (Lori), Kathy (Phil Phillips), and Steve; 4 grandchildren Jeff (Christa) Kristin (Mitch Wenum), Britta (Seth Forney), Lydia (Bill Chiu); 4 great grandchildren Eva Wenum, Cora Wenum, Henry Feuerhelm, and Josephine Forney; a brother Eugene (Rosemary), and brother-in-law Donald Ender. Ray was a retail grocer for many years, starting with his father in Hokah at Feuerhelm's IGA. Ray and LaVonne bought another IGA in St. Charles, Minnesota in 1966 and made their home there to the present. After selling the store in 1976 Ray work at Ledebuhr's, Twin Valley Ag, and Mike's Food Center, retiring finally at age 80. Ray served his country in the army, being drafted in 1951 and was stationed at Camp Desert Rock in Nevada during the trials of the atomic bomb. Ray has served in various community leadership roles during his lifetime, but most recently as the president of the Whitewater Whirlers Square Dance Group, the president of the Senior Citizens Center of St. Charles, and as founder and director of the Men's Club of his church, St. Charles Borromeo, in St. Charles, Minnesota. The family asks that any memorials for Ray be directed to St. Charles Borromeo Catholic Church, or Home and Community Options in Winona Minnesota. Visitation will take place at Hoff Funeral Service in St. Charles, July 7, 5-7 p.m. The funeral Mass will be 11:00 a.m. July 8, at St. Charles Borromeo Catholic Church with visitation 1 hour before. Please share a memory of Ray and view his video tribute at www.hofffuneral.com