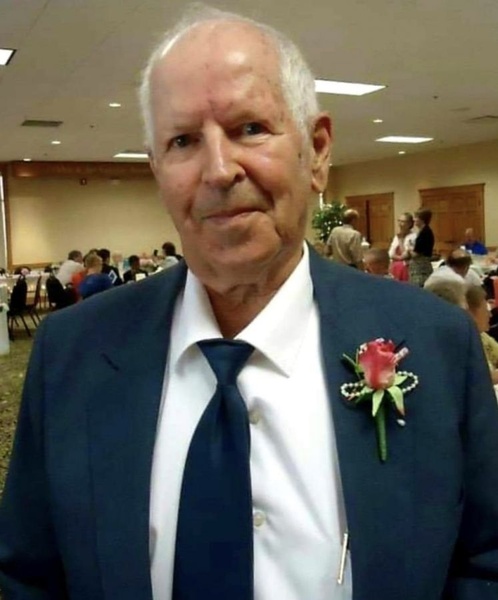 HOUSTON, MN - Ralph W. Lind, 89, of Houston, MN died on Tuesday, February 23, 2021, at Mayo Clinic - St. Mary's Campus in Rochester, MN.
Ralph was born on August 18, 1931, in La Crosse, WI to Alvie and Judith (Louve) Lind. He was raised in the Houston area. On July 17, 1954, Ralph was united in marriage with Maxine Gabrielson in Houston. Ralph was a "49er" twice. He was a member of the Class of 1949 in Houston, even while having polio his senior year. He was also a member of the 49ers Union of Operating Engineers. This was the source of many of his stories about his road building around the bluffs of the Mississippi River and including the nice, level Mankato Avenue in Winona, MN. In 1968, Ralph was named the Houston County Conservation Farmer of the Year. He always kept a connection to a farm in rural Houston near Yucatan, Badger or Money Creek. As Ralph explained it, "Once off the ridge, he never left the valley". With special, private instructions from a patient uncle, Ralph learned to drive a semi-truck transporting gasoline from the bulk plant to stations in Iowa, Wisconsin, and Minnesota. It was every boy's dream and he even received a pay-check for doing it. His journey through life is ending back where it began in the Swede Bottom area. His first home was the family farm at Fort Ridgely. His first formal education was at the Swede Bottom Country School with grades one through eight. Sometimes he would travel to and from school on "Babe", a small white pony. Often times the pony would get back to the farm before the boy. Ralph's claim to fame was restoring his antique Ford tractor, which would mysteriously find it's way on to farm calendars and in magazine publications. Ralph said that he had a good life and it couldn't have been better.
Ralph is survived by his wife, Maxine; children: Marcia (Duane) Beckman, Jeffrey and Randal Lind and special friend, Marilyn Stanley; his sisters: Jean Olson and Judy (David) Hansen; brothers: Karl and Ben (Linda) Lind; a sister-in-law, Carmen (Gaylon) Halverson; eight grandchildren and nine great-grandchildren.
He was preceded in death by his brother-in-law Thomas R. Olson, and a sister-in-law, Mary Lind.
There will be a private family graveside service at a later date.
Please leave a memory of Ralph and sign his online guestbook at www.hofffuneral.com