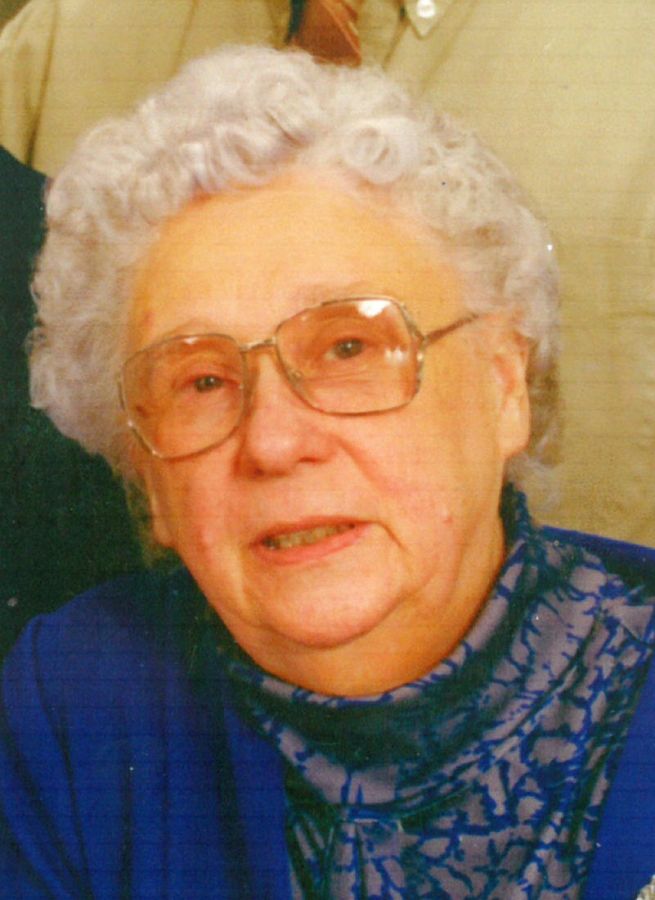 Rachael Elizabeth (Papenfuss) Glende, 92 of Winona, MN, died Wednesday, February 27, 2019 at Sauer Healthcare.
Rachael was born October 23, 1926 in La Crosse, WI to William A. and Bernice A. (Clow) Papenfuss. Rachael was a 1946 graduate of Winona Senior High School. She worked at H. Choate & Co. in Winona until 1949. She married Walter R. Glende on August 16, 1949 in Sequin, TX. She was a U.S. Marine's wife and maintained a secure home for her husband and their son, Steven while Walter was away, or at home. Rachael and Walter made their home in San Jose, CA for 15 years until his passing in 2014.
Rachael served her Lord and Savior as a Sunday school teacher for over 40 years. There are many women on the east and west coasts that were touched by her ministry. She will be remembered by many of her nieces and nephews who received hand-knit baby blankets and/or outfits for their newborns.
Rachael is survived by her son, Steven W. Glende of Winona; brother, Carleton J. (Carol) Papenfuss of Dakota; sister-in-law, Marlys (Morken) Glende of Rushford and many nieces and nephews.
She was preceded in death by her husband, Walter; parents; three sisters and three brothers. She will be greatly missed by all who knew her for her honesty, integrity and love of her family.
Funeral Service will be 11 a.m., Tuesday, March 5, 2019 at Hoff Celebration of Life Center - Goodview with Reverend Adam Burge officiating. Visitation will be 10 a.m., until the time of the service. She will be laid to rest next to Walter at Hiler Cemetery in Nodine. Memorials are preferred to the Alzheimer's Association.
Please share a memory of Rachael, sign her online guestbook and view her video tribute when it becomes available at www.hofffuneral.com.
To order memorial trees or send flowers to the family in memory of Rachael Glende, please visit our flower store.