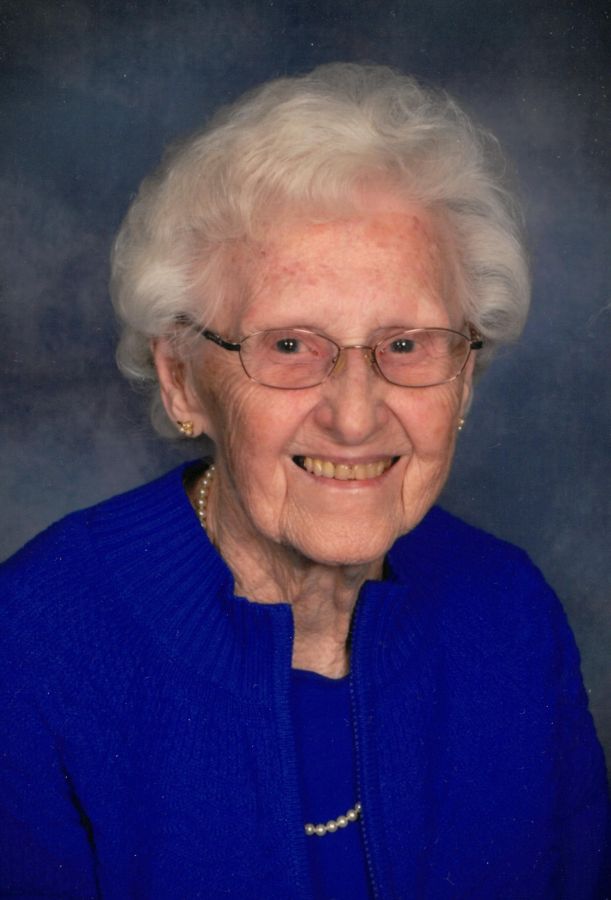 RUSHFORD, MN - Pernella C. Landsverk, 99, of Rushford, MN died on October 31, 2019, at Good Shepherd Lutheran Home in Rushford.
Pernella C. Johnson was born on March 28, 1920, in Lanesboro, MN to Peter and Cora (Norby) Johnson. She was raised in the Lanesboro area and attended Grubtown School through the eighth grade. She married Halvor Landsverk on June 10, 1946. Pernella farmed along side her husband for several years. She supported Halvor in his Norwegian artwork over the years. Halvor was a worldwide known artist, primarily known for making kubbestols. Pernella was a member of Highland Prairie Lutheran Church, it's WELCA and Rebecca Circle.
She is survived by two children: Karen (Glen) Bakken and Arlene (Gordon) Johnson, both of Rushford; six grandchildren: Amy (Chris) Johnson, Lisa (Erik) Sievers, Kathy (Chad) Kendhammer, Christopher (Amanda) Johnson, Timothy (Tanya) Johnson, and Cammy Johnson; eleven great-grandchildren: Sam, Ben, Jonah, Laci, Kaleb, Oliver, Hadley, Kendall, Teagan, Logan and Kyler. She was preceded in death by her husband; one sister, Ardis Rahn and her husband, Eldor; and by one niece, Jackie Feind.
The family would prefer memorials directed to Highland Prairie Lutheran Church or the Good Shepherd Lutheran Foundation.
There will be a funeral service at 11:00 a.m. on Tuesday, November 5, 2019, at Highland Prairie Lutheran Church in rural Peterson, MN. Burial will be in the church cemetery. Visitation will be from 9:30 a.m. until the time of the service at the church.
Hoff Funeral and Cremation Service in Rushford is assisting the family with arrangements. Please leave a memory and sign Pernella's online guest book at www.hofffuneral.com
To order memorial trees or send flowers to the family in memory of Pernella Landsverk, please visit our flower store.