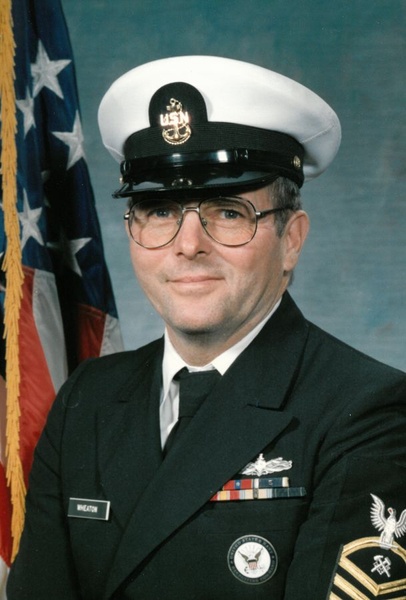 Paul James Wheaton, 76, of Houston, MN went to be with his Lord and Savior on November 27, 2019, at Valley View Healthcare and Rehab in Houston surrounded by his wife and 2 sons.

Paul was born on July 17, 1943, on the family farm on Wheaton's Flats near Houston, Minnesota to John and Ella (Benson) Wheaton. He was raised in the Houston area and was a 1961 graduate of Houston High School. Paul was a proud U.S. Navy veteran who served aboard the USS Shangri-La from 1962-64 with his nephew Larry Thorson. After returning home from the Navy, Paul completed the welding program at Winona Technical College. After earning his degree, he worked at the La Crosse Trailer Works and the United Postal Service in Winona. On July 16, 1966, Paul was united in marriage with the love of his life Sharon Sennes at the Hokah Methodist Church. In 1969, Paul began his career at Tri-County Electric as a Lineman and later Construction Superintendent in the Houston and Rushford area for 36 years, retiring in 2005. He truly loved serving the customers of Tri-County Electric and enjoyed the people he worked with. In addition to his career at Tri County, Paul enjoyed living a life of service and being active in his community. Paul was a Master Mason and 32° in the Scottish Rite and was active in Masonic Lodge #69 for 52 years. He was a member of the US Naval Reserve Center in La Crosse, WI retiring after 20 years with the rank of Chief Petty Officer. Paul was a member of the Houston Fire Department for 30 years where he served in the role of Assistant Chief. Paul was also a charter member of the Houston Ambulance Service where he served for 10 years. Paul was an active member of the Houston American Legion and Color Guard for over 50 years, the Money Creek Methodist Church, the Houston Wrestling Club, Houston Booster Club and the Valley View Manor Board. In his free time, Paul was passionate about outdoor activities. He loved working outside, welding in his shop, cutting wood, hunting, fishing and he cherished the time he spent with his family.

To those that knew Paul, he was a humble, hardworking, proud man who had a huge heart. He had a great love for his family and would give the shirt off his back to help anyone who needed it. He had a unique mechanical sense that gave him the ability to build or fix almost anything. His sons will always remember how he led by example, was the glue that kept everything together and how he taught them the value of having a good work ethic and what it meant to do things the right way verses the easy way.

Paul is survived by his wife of 53 years, Sharon; two sons: Jay of Houston, and Kyle (Gretchen) of Edina, MN and their children Charlie, Cecelia and Lydia; one brother, John "Pete" Wheaton of Sacramento, CA and by two sisters-in-law; Donna Rank of Houston and Judy Sennes of Hokah and many nieces and nephews. He was preceded in death by his parents, John R. and Ella V. Wheaton, 2 brothers, Art Wheaton and Samuel Wheaton and 5 sisters, Ruth Doering, Olive Dye, Lylah Lehmann, June Davies and Mildred Gaustad, one niece, Nancy Deshayes, and two nephews, Larry Thorson and Chuck Rank.

A funeral service will be held at 2:00 p.m on Saturday, December 7, 2019 at Cross of Christ Lutheran Church in Houston, MN with Rev. Kari Charboneau officiating. Visitation will be held from 4:00- 8:00 p.m. also at Cross of Christ Lutheran Church on Friday, and one hour prior to the funeral on Saturday at the church. Burial will be in the Money Creek Cemetery. Please leave a memory of Paul and sign his online guestbook at www.hofffuneral.com. Hoff Funeral and Cremation Service in Houston is assisting the family with arrangements.