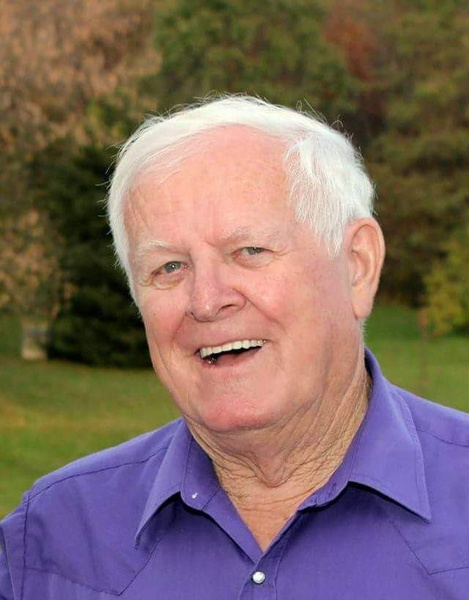 Click on this link to watch the livestream of Paul's service:
https://www.oneroomstreaming.com/view/authorise.php?k=161127616896685

Paul Daniel Lange, 80, of Utica (Apache Junction, AZ) passed peacefully on Sunday, January 17, 2021 at his home with his family at his side.
Born May 6, 1940 to Harry & Nellie Lange in Fountain, MN at home. He was one of 15 children. As a young man, he worked for various neighboring farmers until the age of 19 when he would work for Ralph Shank Farms from 1959-1976.
At the age of 22 he joined the United States Army from 1962-1964 stationed at Fort Leonardwood in Missouri. He later worked at the Pentagon as a staff driver; from there on driving became Paul's life passion.
On October 17, 1964 he married JoAnn Boettcher and spent the next 56 years building a life of memories in the Utica/Lewiston area.
Paul worked various jobs doing what he loved, driving. Most recently as a commuter bus driver for Rochester City Lines.
Paul enjoyed riding motorcycle and taking many trips with his brothers. He and JoAnn spent the past 16 years as winter visitors in Apache Junction, AZ where they recently made it their permanent home. He filled his free time with gardening, woodworking, playing cards and games with family and taking drives in the country. He will best be remembered for his beautiful lawn which he took much pride in and his never ending sweet tooth. He had a great sense of humor and loved to play pranks on others. His laugh was contagious and he was loved by many.
Paul is survived by his wife, JoAnn. Daughters, Paula (Mike) Stevens of Apache Junction, AZ; Penny (Bob) of Green Forest, AR; Julie (Jim) Coleman of Rochester, MN. A son, Boone (Adriana) Lange of St. Charles, MN. Son-in-law, Kenny Burt of Utica, MN. Eleven grandchildren; Ashlee Burt, Joshua (Mariah) Burt, Alicia & Alex Shull, Cody Weis, Kayla, Noah, Bella & Jonah Coleman, Al (Jordan) Lange & Daphnee Lange. Four great-grandchildren; Carter Burt, Abel Johnson, Trae & Mila Lange.
Brothers Jerry of Rochester, Lee (Diane) of Millville, Ray of Spring Valley and Roy (Kathy) of Chatfield. Sisters Margaret (Gus) Lex of Stewartville and Vera of Chatfield. Sisters-in-law Sherry Hahn of Utica, Kathy Koenig of Lewiston and Sue (Mitch) Sanders of Eyota. Many nieces and nephews.
He is preceded in death by his daughter, Patty Burt, two sisters and six brothers.
A funeral service will be held at 1 p.m., Saturday, January 23, 2021 with visitation Friday from 4-7 and one hour prior to the service at Hoff Funeral and Cremation Service, St. Charles.
Pallbearers will be Joshua Burt, Cody Weis, Alex Shull, Al Lange, Noah Coleman and Carter Burt.
Honorary Pallbearers will be Kenny Burt, Mike Stevens, Bob Weis, Jim Coleman, Freddy Perez and Jose Perez.