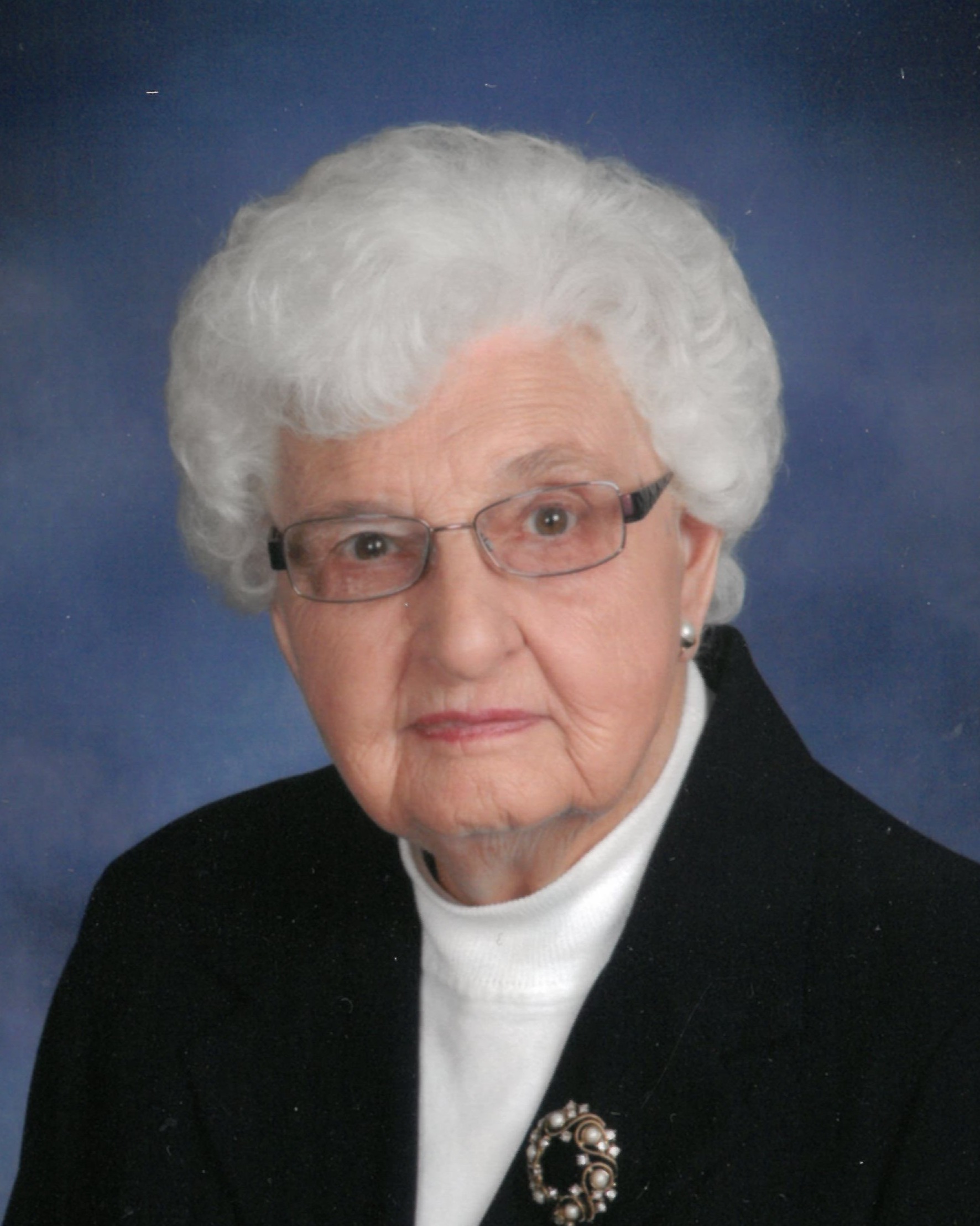 Olive Winifred Peterson passed away Sunday, December 4, 2022, at the age of 102. Olive Winifred Olness was born on April 3, 1920, to John and Bertha (Hermanson) Olness at the Family Farm near Peterson, Minnesota.

She was baptized and confirmed at the Norwegian Evangelical Lutheran Church in Peterson. Olive graduated from Peterson High School in 1938.

On July 3, 1939, she was united in marriage with Palmer L. Peterson of Rushford. They were the parents of two daughters, Laurel and Louann. Most of her life was spent alongside her husband, Palmer enjoying the farm life. “Grandma Pete,” as she was lovingly known to the family, would cook, sew and bake to the delight of her grandchildren and great grandchildren. She had an endearing quality of making a home for her family. They lived on the farm for 51 years before Olive moved to Rushford. Olive was a member of Rushford Lutheran Church, RLCW, circles, quilting group, and bible study. She taught parochial school release time when it was offered during the school year. Olive was treasurer of the Root River Conference for Women when they were in the American Lutheran Church Synod. She was a member of the Fillmore County Welfare Board for many years. Olive was an avid reader, a fan of the Minnesota Twins and enjoyed working on any type of puzzle.