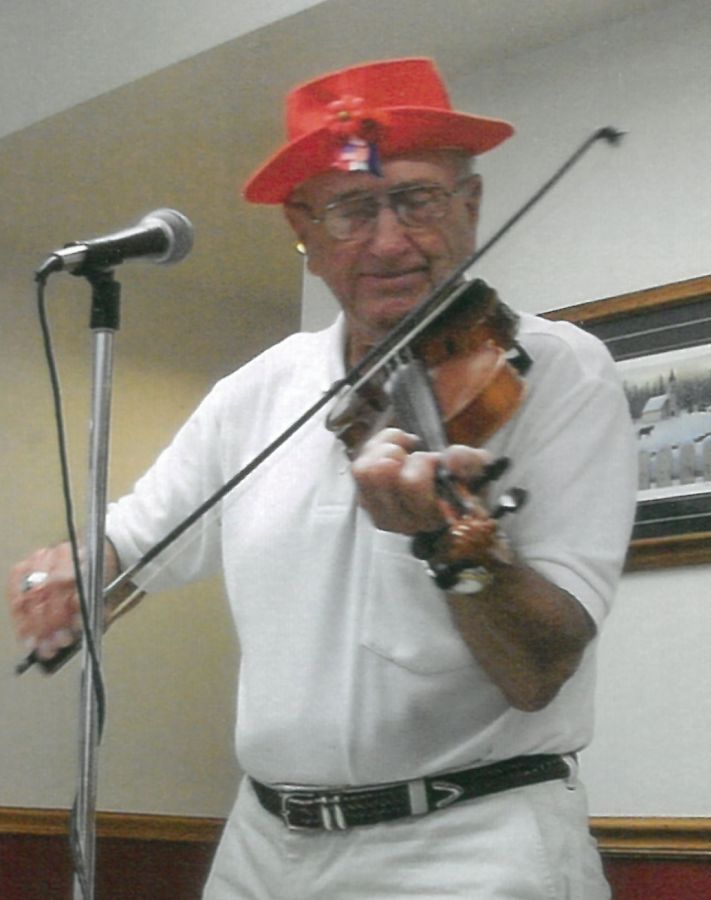 RUSHFORD, MN - Norman V. Overland, 93, of Rushford, MN died on Tuesday, January 1, 2019, at Mayo Clinic La Crosse Campus.
Norman Victor Overland was born on August 9, 1925, to Selmer and Gena (Hegland) Overland in Norway Township of Fillmore County, MN. He graduated from Chatfield High School in Chatfield, MN. He attended Luther College in Decorah, IA. Norm served in the U.S. Army Air Corp. He received his bachelors degree from Hamline University and his masters degree from the University of Colorado. He spent 35 years in the teaching and coaching professions. The first seven of those years were in Canby, MN where he coached football, basketball, and track. He also started the varsity wrestling program in Canby. He then taught and coached in Richfield, MN for 28 years. He was a member of the Minneapolis Coaches association. Norm was also a member of the Minnesota Vikings Chain Gang for 28 years, starting in 1967. Norm married Joanne Mattern, they later divorced. Norm took up playing the violin at age 70. He enjoyed playing with the Granny Band of Caledonia and did the nursing home circuit for many years. He was a member of Highland Prairie Lutheran Church in rural Peterson, MN, VFW Post #96 in Bloomington, MN, and Rushford American Legion Post #94.
Norm is survived by three children: Jennifer (Brad) Sumpter of Bloomington, MN, David Overland of Waseca, MN, and Gregory Overland of San Diego, CA; four grandchildren: Cristian, Chase, Channa, and Carrah; two sisters: Beverly Simpson of Rochester, MN and Geraldine DeCorsey of Chaska, MN, sisters-in-law: Mary Overland of Bloomington, MN and Marilyn Overland of Plymouth, MN; and by many nieces, nephews and cousins; and by his very special friend, Lillian Gravos.
He was preceded in death by his parents, brothers: Roy Overland, Gordon Overland and brothers-in-law: George Simpson and Chuck DeCorsey.
There will be a funeral service for Norm at 11:00 a.m. on Monday, January 7, 2019, at Highland Prairie Lutheran Church in rural Peterson, MN with the Reverend Luther Mathsen officiating. Burial will be in the church cemetery. Visitation will be from 9:00 a.m. until the time of the service on Monday at the church.
Leave a memory of Norm and sign his online guestbook at www.hofffuneral.com
To order memorial trees or send flowers to the family in memory of Norman V. Overland, please visit our flower store.