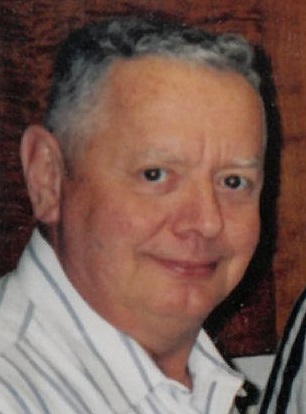 Nicholas "Nick" J. Thein, 77 of Utica, passed away Wednesday, December 23, 2020 at St. Mary's Hospital in Rochester. A celebration of life is pending for the spring or summer of 2021 in Lewiston.
Nick was born August 14, 1943 in Mount Vernon, Washington to Leo and Margaret (Conner) Thein. They moved to Winona in 1946 and later to John's Coulee in LaCrosse, WI in 1951. After graduation from high school, Nick enlisted in the U.S. Navy and worked I "Communications". After leaving the navy he lived in Maryland for about 40 years, working for the phone company, Home Depot, and Aberdeen Proving Grounds. He moved back to Minnesota in 2011.
Nick was an avid reader and enjoyed being on his computer. He loved old time tractors, airplanes, going on drives, and eating out.
Nick is survived by two brothers; Rod and Bob of Lewiston, two sisters, Sharon Lawrence of St. Francis, Minnesota and Eileen Thein of Lewiston, many nieces and nephews, extended family and friends. He is preceded in death by his parents; a sister, Judy; a brother, Gerry; and a brother-in-law Greg Lawrence. A Memorial Mass for Nick will be 11:30 a.m. Saturday, May 15, 2021 at St. Rose of Lima Catholic Church in Lewiston.
Hoff Funeral Service of St. Charles is assisting the family with arrangements. Cards of sympathy for Nick's family may be mailed to Hoff Funeral Home, PO Box 576, St. Charles, MN 55972. Please share a memory on Nick's online guestbook at www.hofffuneral.com.