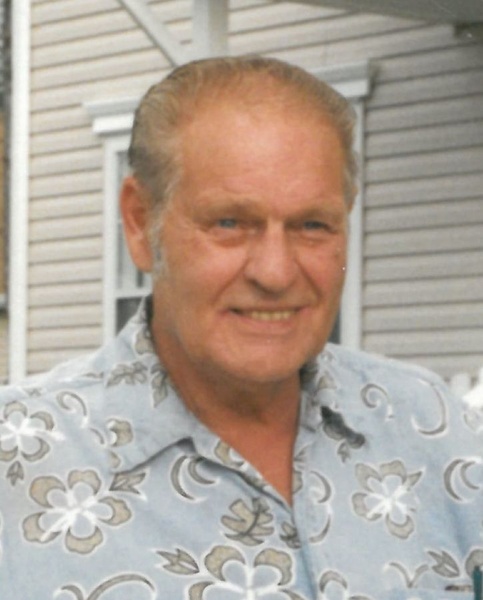 RUSHFORD, MN - Murland D. Ellefson, 85, of Rushford, MN died on Monday, February 22, 2021, at his home with his family at his side.
Murland was born on September 20, 1935, in Norway Township of Fillmore County, MN, to Maynard and Ovedia (Glenna) Ellefson. He was a lifelong resident of Rushford and attended Rushford Schools. He was a member of Rushford Lutheran Church, Rushford American Legion, of which he was past commander, and the Masons. He served in the U.S. Army, the U.S. Air Force Reserve, and in the U.S. Navy during the Vietnam War. He and Louise Markegard married in 1954 and raised five children. In 1976 he and Vivencia "Sam" Rocha married and raised three children. In 2018 he married Margaret "Peg" Morgan who brought four children into his life.
In the military he was stationed in Kentucky, Maryland, Rhode Island, California (two stations), Florida (two stations) and the Philippines. And he deployed to Antarctica, New Zealand and Spain. In Antarctica he and a member of the Russian Antarctic Research Team exchanged insignia pins to signify their friendship and hope for the two countries. As national relations improved Murland presented the pin he received to Congressman Penny to present to Boris Yeltsin at an historic Washington D.C. address. As Yeltsin responded, "the day of friendship had indeed come."
Murland loved and honored this country and its military, and deeply respected the native cultures of the countries he felt privileged to visit. He served in the Navy as a Paratrooper in early years, and as an Aviation Analyst in later years. Parachuting also became one of his many hobbies. He logged over 400 hobby jumps and performed in civic air shows. He was also invited to join the Blue Angels jump team.
He was a man of infinite interests and knew almost everything about anything. And he was a source of sound advice when it mattered. He was strong-willed and kindhearted, both. He was utterly self-sufficient in terms of building, equipping and managing his homes and workshops and eventually his business, the Ellefson Sawmill. He was a gun expert and accomplished marksman; he loaded his own ammunition and participated in hunts and competitions. He loved photography and darkroom processing, auctions, family camping and cards. He was a pet lover and liked to grow his own vegetables. It was second-nature to him to share his hobbies and abilities and knowledge with his children, like it or not.
Murland is survived by his wife, Peg; five children: Kathy Lee, Kenneth Ellefson, Daniel (Linda) Ellefson, Laurie (Dean) Feine, and Jenni Olson; and by eleven grandchildren, fifteen great-grandchildren, and by his brother Dennis Ellefson. He was preceded in death by his parents, his brother Ordell, an infant brother, and his daughter Debbie Gibson.
There will be a funeral service for Murland at 2:00 p.m. on Monday, March 1, 2021, at Rushford Lutheran Church with the Reverend Steve Chellew officiating. Burial will be in the Rushford Lutheran Cemetery. Military honors will be provided by the Rushford American Legion. Visitation will be from 2:00 to 5:00 p.m. on Sunday, February 28, at Hoff Funeral and Cremation Service and one hour prior to the service on Monday at the church. All social distancing regulations will be observed and masks are required. In lieu of flowers or gifts, please consider a donation to St. Jude Children's Hospital or the Shriners Hospitals for Children.
The service will be live streamed on the Rushford Lutheran Church You Tube page. Please leave a memory of Murland, sign his online guestbook and view his tribute video when it becomes available at www.hofffuneral.com