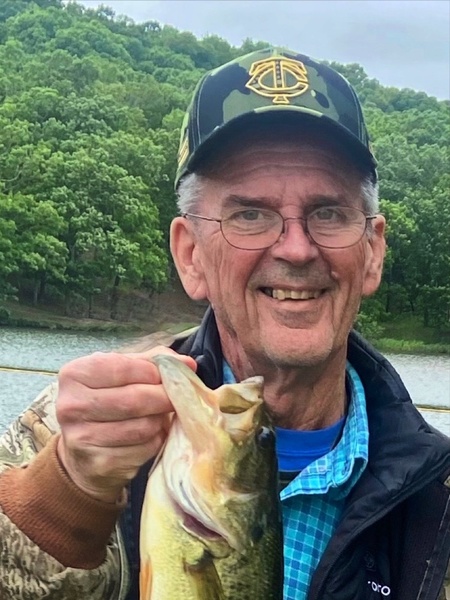 Michael John “Mike” Morley, 74, of Winona passed away peacefully while surrounded with love on Thursday, August 4, 2022 at the University of Minnesota Hospital in Minneapolis. Mike was born on October 21, 1947, in St. Paul to John P. and Agnes M. (Maciolek) Morley. He graduated from Hill High School in St. Paul. He later moved to West Salem, Wisconsin and married Nancy Leicht. They had three daughters, Kelly, Shannon, and Lynse. His daughters were his pride and joy. Mike owned his own taxidermy business for over 40 years, Thunder Valley Taxidermy. Because of his working from home, he was able to spend more time with his daughters and called himself, “Mr. Mom.” Mike loved being a grandpa to his ten beautiful grandchildren. His family was his whole world. Michael was a gifted craftsman. He was able to build anything with his hands. He was an avid outdoorsman who loved hunting and fishing. After retirement he was able to live out many bucket list hunting trips with his best friends and found more time for his hobby of woodworking. Mike also loved to bowl, golf and attend his grandchildren’s sporting events. He will be remembered for being a kind and caring man who would do anything for anyone. He loved to give and was a faithful servant.

Survivors include his three daughters; Kelly (Kevin) McDermott of Rosemount, Shannon (Brett) Johnson of Rosemount, and Lynse (Jonathan) Schmidt of Colorado Springs, CO, his ten grandchildren; Ireland, Keagan, Kinley, and Kallen McDermott, Halle, Viviann, Evelynn and Lenna Johnson and Gavin and Trenton Schmidt, his former wife and friend, Nancy Leicht, six siblings; Pat Townsend, Kitty (Barry) Morley, John (Heidi) Morley, Dennis (Chris) Morley, Mary Morley (James Unger), and Colleen (Art) Kliniske. He was preceded in death by a brother Bryan Morley, his mother and father. A Funeral Mass for Mike will be 11 a.m. Saturday, August 20, 2022 at Cathedral of the Sacred Heart in Winona with the Reverend Mark McNea officiating. A burial will be later in St. Mary’s Cemetery. A visitation will be from 4 – 7 p.m. Friday, August 19, 2022 at Hoff Celebration of Center in Winona, and at the church one hour before services. www.hofffuneral.com.