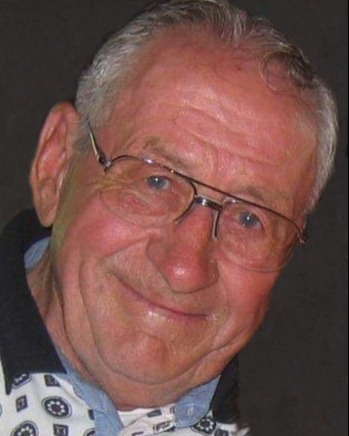 Mike was born April 12, 1934, to George and Aleda (Johnson) Kelly and graduated from Houston High School 1952.

Mike had a love for farming and was a lifelong farmer.  In 1958 the Kellys were honored at the State Fair as a Centennial family and again in 1976 the farm was honored as a Centennial Farm. In 1961 Hormel recognized the Kelly farm because of their hog operation.  They later switched to all beef.  In his later years he enjoyed working with the elderly at Watkins Home in Winona, MN.  He was very active in the church.

Mike was preceded in death by his parents; brothers Charles Kelly and George Eugene (Gene) Kelly and nephew Lew Kelly.

Mike’s family and friends would like to extend a heartfelt thank you to the staff of St. Croix Hospice and Claddagh Senior Living for the wonderful care they gave Mike.
Funeral Services for Mike will be held at 11:00 AM on Friday, December 30 at the Hoff Funeral Home of Houston. Visitation will be held for one hour prior to the service at the fuenral home from 10-11 AM. Interment will be held at St. Mary's Cemetery in Houston at a later date.