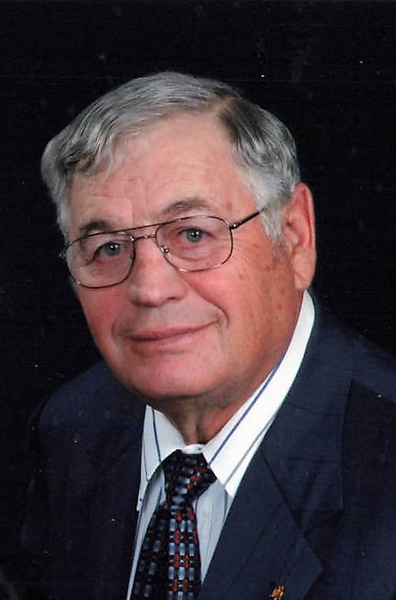 Michael McGuire, age 84, passed away peacefully on Saturday morning, April 30 at his home. Michael was born on March 12, 1938 in Wabasha, the son of Clarence and Ida (Schoolmeesters) McGuire; he was raised in the St. Charles area with his siblings and attended country school right across the road from the family farm and went on to graduate from St. Charles High School. He met the love of his life, Marilyn Buehler, on New Years Eve 1966 and they were united in marriage on October 7, 1967, at the Mantorville Catholic Church. Their union was blessed with 5 children and they enjoyed over 50 years of faith and dedication to each other.
Michael began working as a school bus driver after marrying Marilyn and eventually transitioned to working as a rural mail carrier for the postal service for 30 years. He also became a driver for WinField Fertilizer on many routes and he never took the same road home as he always desired the scenic route or the back road ‘shortcut.’ Among all of his occupations, Michael was a lifelong farmer; he received an outstanding young farmer conservation award in 1965 and 1968, respectively. He was known for being an avid hunter and sportsman in his younger years and he enjoyed his games of 500 with Marilyn as well as bowling, biking, and some stamp collecting. Michael developed an appreciation for watching and listening to musicals and he made sure to include the whole family when it was time to sit down to enjoy them. Michael was devoted in his faith as a life-long member of St. Charles Borromeo Catholic Church and proud to be a husband, dad, and grandpa. He ensured that his family knew the importance of being generous and doing things for others.
Michael will always be remembered by his wife of 54 years, Marilyn; children, Todd (Ramon) of Denver, CO, Joan Jacka of Becker, Dean (Jammie) of St. Charles, Matthew (Monica) of Apple Valley, Christine of San Diego, CA; grandchildren, Aaron, Tyler, Conner, Finn, Charlie, * Dominic; great-grandsons, Carson and Harrison; siblings, John (Ann), Patricia (Keith), Chuck (Barb), Vera (Will), his twin brother Jerry (Irene), Rita, Harold (Darlene), David (Barb), and Danny; as well as many nieces, nephews, other extended family, and countless friends.
He was preceded in death by his parents, Clarence and Ida; sisters, Mary and Marilyn (Lyman); and brother-in-law, Arnold Webber; sister-in-law, Cherrie McGuire.
Mass of Christian Burial for Michael will be held at 11:00 AM on Wednesday, May 4 at St. Charles Borromeo Catholic Church. Visitation will be held from 5-7 PM on Tuesday, May 3 at church as well as one hour prior to the Mass on Wednesday from 10-11 AM. Interment will be held at Calvary Cemetery - St. Charles.